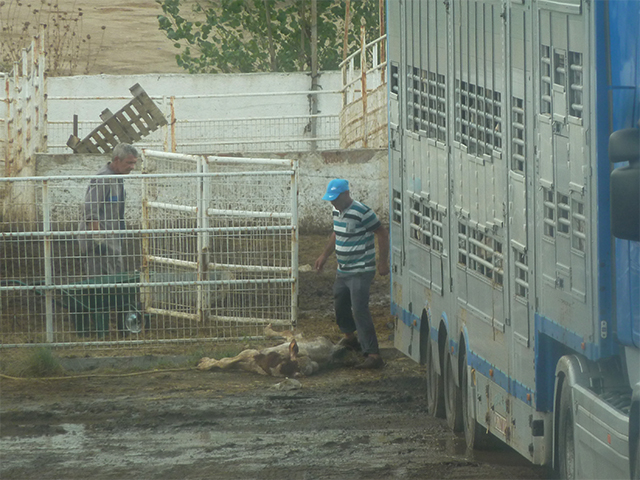 Today, a dead young French calf – Jaro – was unloaded at the Turkish border. We rarely know the background of the story, but we have received information that two more calves have already died on the same truck going from France to Turkey.

Arriving in Turkey, the animals still face a 500 km journey. After the truck has been stuck at the border for 24 hours, he directly drives to a gas station where it is possible to unload the animals. As the vehicle is passing us, a biting smell of ammonia comes up. In addition to the dead calf, all the other calves are unloaded and receive hay. The vehicle is cleaned and newly bedded. After talking to the importer of the animals, we assume that with the emergency unloading and clean-up he wanted to prevent any more animals from dying before they reach their place of destination.

We commemorate Jaro who lost his young live today.