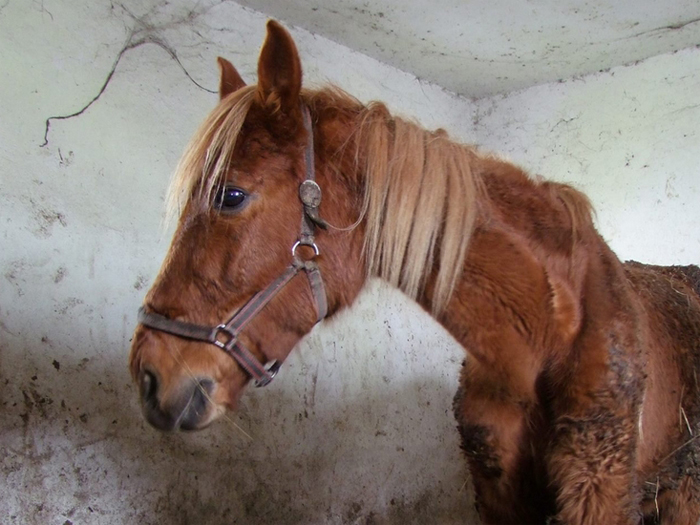 The regional court in Pajęczno ruled that the former owners of the three horses Kasia, Bobik, and Tosia, are guilty of animal abuse. The owners have been sentenced to six months of prison suspened for two years, a per capita payment of 1000€ that amounts to a fine, as well as to pay the proceeding costs and a compensation to Viva!.

Despite expecting a higher sentece, both Viva! and Animals’ Angels are quite satisfied with the court proceedings, especially as the the prosecutor demanded a fine only.

Kasia, Tosia and Bobik were confiscated in course of a joint animal husbandry inspection by Viva! and the competent veterinary service in April 2014. The oldest mare Kasia and pony Bobik had to be euthanised shortly after the confiscation due to extreme neglection and an unimaginable amount of pain, that couldn't have been stopped by any treatment. Subsequently, Tosia has found a new loving home.