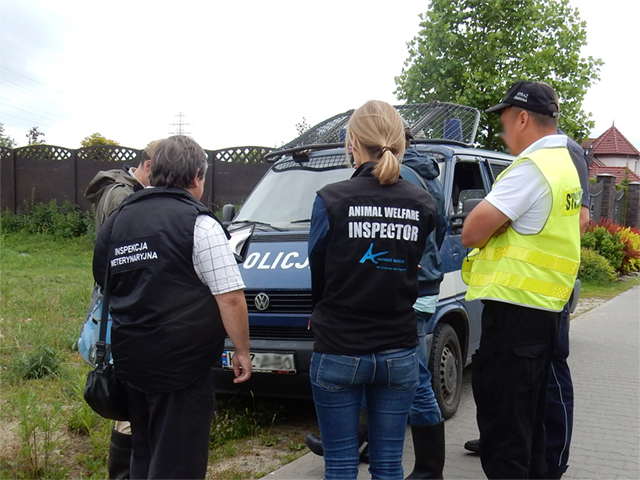 Viva! Interwencje, on behalf of Animals' Angels, re-inspects a farm in Stanislawow to check whether the owner has improved the maintenance conditions of the animals as ordered during the last inspection. The team is accompanied by the county veterinarian, local authorities, and police.

The situation at the farm has improved slightly. The cows and the dog have better water access, the dangerous items have been mostly removed, but the stabling infrastructure remains unchanged, which means that during winter season, when the cows are back indoors, their maintenance conditions will probably get worse.

The case will be further monitored, despite the uncooperative attitude of the local officials. The police had dismissed the prosecution against the owner, but Viva! Interwencje appealed to that decision. The appeal will be heard by the court.