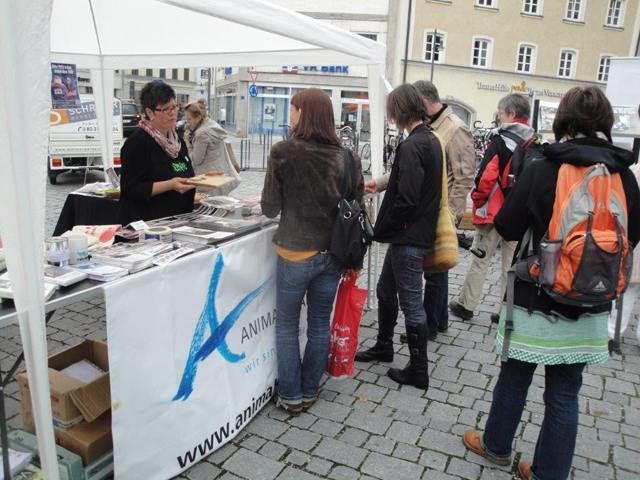 Animals‘ Angels is represent with a stand at the Veganmania which is held in Rosenheim for the first time. The Veganmania is held annually in several German and Austrian cities, offering information on vegan lifestyle, vegan food samples, live music, lectures and cooking shows.

Many interested people visited our stand seeking information on the reality behind animal transports. We distributed much information material about the work and objectives of Animals’ Angels and hopefully motivated some people to reconsider. Anyhow, the vegan cake and spreads we offered as food samples were eaten-up in no time.