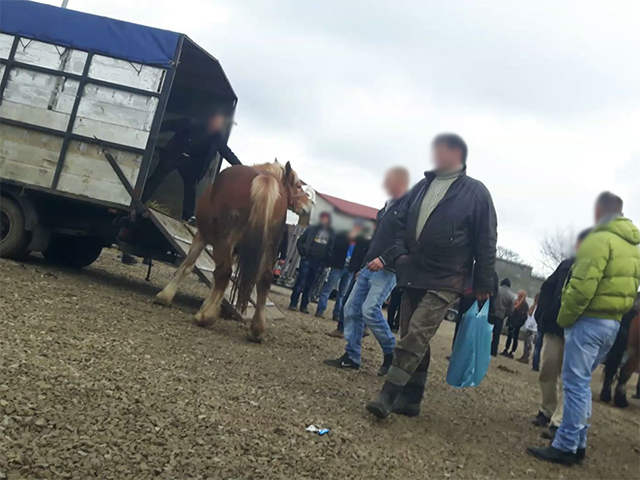 The team of Viva! Interwencje, on behalf of Animals' Angels, inspects the annual horse market in Skaryszew, central Poland. The majority of the approximately 500 horses are forced to stand tethered to trucks and rails for more than 10 hours.

Only some of them are provided straw for bedding and none of them is seen to be given water to drink. Many of them are sweating heavily. By the end of the market the horses are exhausted, falling asleep. All of them are terrified of the unfamiliar surroundings, noises and the huge crowd of people and horses.

The animals are also traded illegally outside the market. Surprisingly, the supervising veterinarians claim they do not know about the illegal trade. The handling of the horses is extremely reckless, risking serious injuries. Majority of the horses will be driven to slaughterhouses, some of them even to foreign countries. The team spots several trucks which are unsuitable for horse transport and originating from as far as Romania.

The team has issued a letter to the veterinary service, pointing out the observed breaches of animal welfare and legal regulations and demanding explanations for the insufficient supervision.