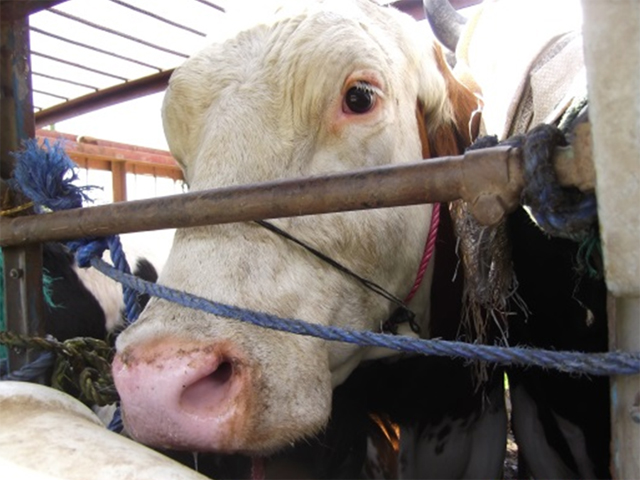 In one stable, young bulls from France are fattened and afterwards sold for slaughter. Many of them find their sad end at the nearby animal market of Mers El Kheir with its horrible conditions and medieval slaughter methods.

In a big stable near Had Soualem we encounter young cows from Germany. Whilst pregnant, they have been transported via truck and ferry to Morocco. They now have to wait to be resold. The Moroccean government subsidizes the purchase of German 'milk' cows so that each famer can afford one. The stable is big and modern and offers lots of space to the animals. Otherwise, they have to stay on a big layer of excrements so that a dry lying surface does not even exist. An uncertain destiny awaits the animals as no animal welfare legislation exists in Morocco.