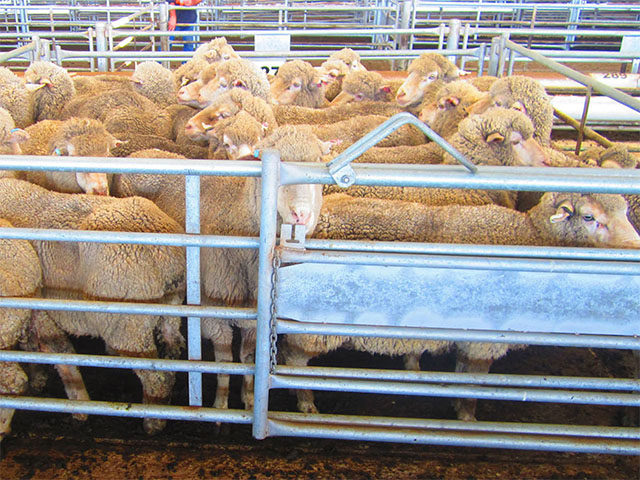 Animals’ Angels attend the yard where just over 9000 sheep are for sale. The temperature is 12-13 degrees C but clear and the sun is shining.

We observe and document a number of sheep in sale pens who should have been treated on farm and not sent by farmers to be sold. In the case of the sheep with ear cancer and a ram with enlarged testes, both are shot on the day and complaints will be made to the DAFWA - (Dept. of Ag and Food WA). The facts are also noted by the manager. A small number of other sheep are left behind in the sale pens by drivers because the sheep are unable to bear weight. One sheep is unable to get up. They are shot later that day. Pen density was acceptable for the most part except there are a few pens where the numbers of sheep do not permit room to inspect the animals or for a sheep to rise by him or herself if they were to lie down.

The DAFWA are not present today.