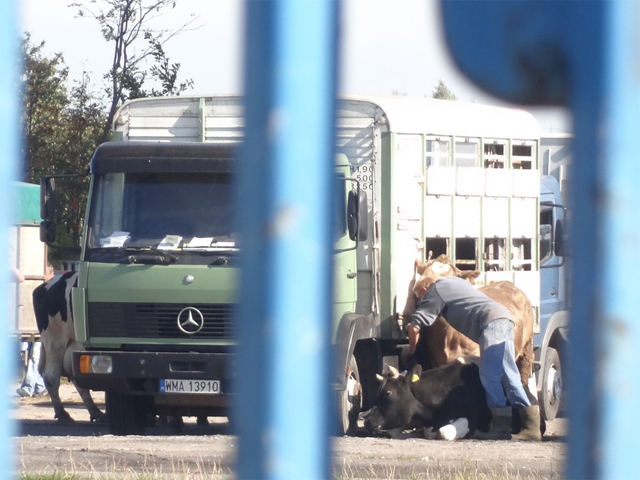 The team of Viva! Interwencje, on behalf of Animals' Angels, inspects a cattle market in Radzymin, in the vicinity of Warsaw.

The animals are tied-laced in large groups, without water or bedding. The team witnesses two cows tethered closely to a truck and each other, who are frightened by a sudden noise of another animal being loaded next to them. They start to move around nervously and get entangled. They kick each other as none of them can break free. One of them collapses on the concrete surface.

Farmers try to lift her up, beating, kicking her, and yanking her rope several times. Finally, she stands up weakly and is dragged to another truck and up it's ramp.

The team will use the collected evidence to take further legal steps to push the market operator to make a change.