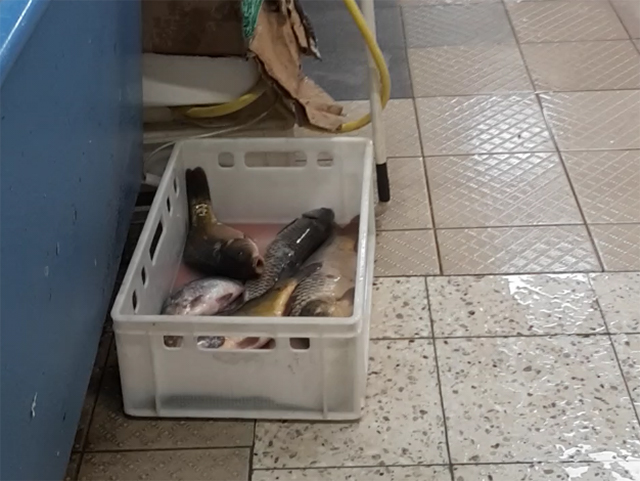 The team of Viva! Interwencje, on behalf of Animals' Angels, after a three day investigation in one of Warsaw's supermarkets, resulting in collecting evidence of extreme animal abuse, officially notifies the prosecutor's office of the crime.

The conditions of the carp sale were extremely poor, with severe overcrowding of the tanks, resulting in serious injuries. The fish, after being pulled out of the water in a brutal way, are tossed into plastic crates and left there lying on one another for long time, with no water.

Investigations in many other shops selling live fish will be carried out until Christmas.