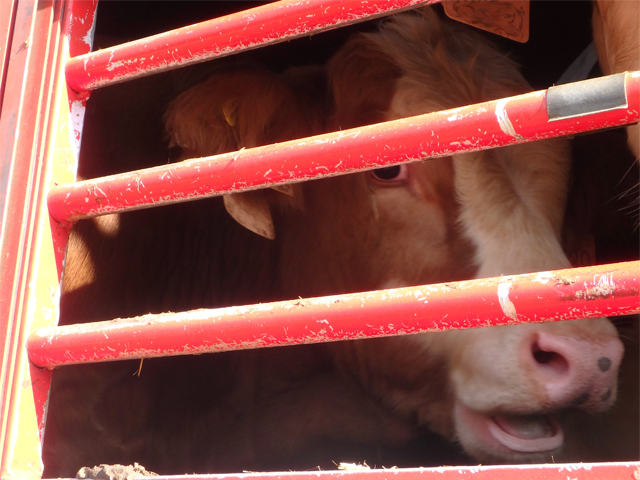 Animals‘ Angels is at the unloading post near the Turkish border where many of the animals being exported to Turkey are unloaded prior to border crossing, a procedure which regularly takes six to eight hours, but can last days as well.

Today, at the unloading post there are mostly young bulls from France. The animals were transported from France to Czech roughly one month ago, and now have been loaded again to be transported to Turkey.

For bull Maurice, the journey was too much. He lies stretched out on the stable’s floor while the other calves are standing around him. His abdomen is bloated, he is coughing and breathing heavily. Apparently, none of the yardmen have recognized Maurice’s suffering. We ask the manager to call in a veterinarian who, luckily, comes quickly to separate and treat Maurice.

Of course we are happy to have been able to help Maurice, but as sad as it may be, we are not sure whether he had better died from exhaustion inside the stable, than coming to an end in a Turkish slaughterhouse.