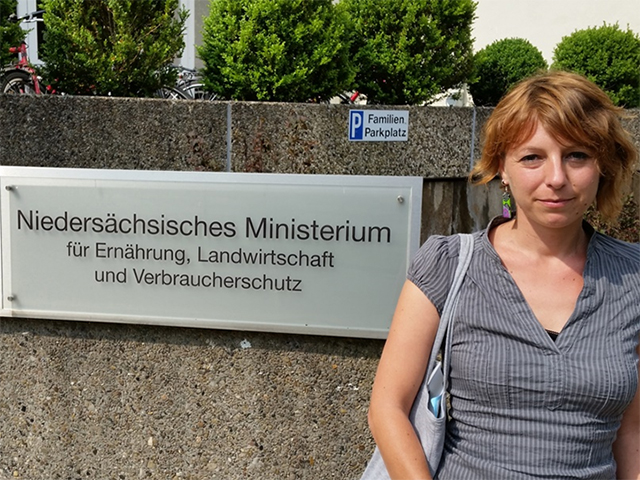 Following a personal invitation, Animals‘ Angels attends a meeting at the Ministry of Food, Agriculture and Consumer Protection of Lower Saxony.

Due to the Milk Summit in Berlin, the Minister for Food, Agriculture and Consumer Protection does not participate in the meeting as planned. Instead, Animals’ Angels talks to the newly appointed animal welfare officer and the project head of the Lower Saxonian animal welfare scheme. We exchange our views about tie-stall cattle and other animal welfare problems in ‘dairy’ cow farming.

After the German Bundesrat has spoken out in favor of prohibiting tie-stalls, Animals’ Angels will now advocate for the Federal Government to take legislative action.