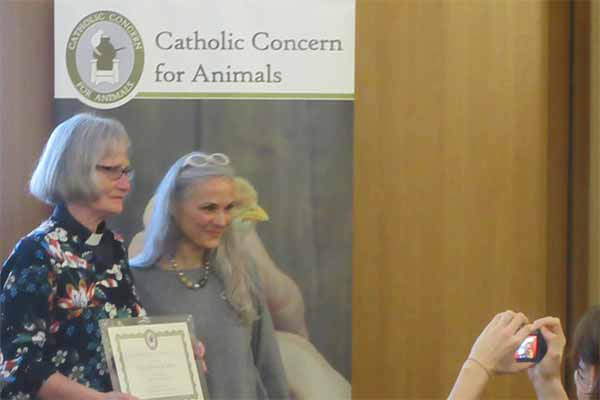 This year's St. Francis Award was given to Animals’ Angels founder Christa Blanke for outstanding contribution to animal welfare and status in human society. Catholic Concern for Animals is one of the oldest charities in the UK. Its Mission is the advancement of Christian respect and responsibility for the animal creation with special reference to Catholic teaching and beliefs. The charity has a high impact by informing and educating on the issues of Animal Advocacy among the Catholic world population at all levels, from the Vatican as the Catholic Church’s highest institution to individual Catholics throughout the world. The Charity also works very closely with other Animal Advocate organisations and individuals worldwide.