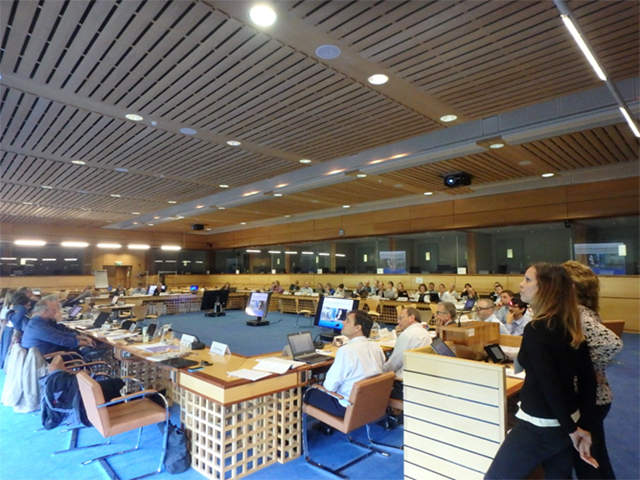 Animals’ Angels is invited to participate in the Contact Point Meeting in Grange, Ireland. Under the terms of Council Regulation EC 01/2005, each EU member state has to designate a contact point person to facilitate exchange of information concerning the protection of animals during transport. Every year, these persons gather at a general meeting to discuss solutions to transport problems and improve communication amongst each other. The EU Commission participates in the meeting as well.

Due to the worsened situation during the last five months, one of the main points of the discussion is the issue of animal transports from EU to Turkey.  Animals’ Angels acts as an independent expert to describe its point of view and make recommendations. Simultaneously, an Animals’ Angels team is in the field investigating into the situation for the animals being transported at the border between Bulgaria and Turkey.

Animals´ Angels explains that since April 2016 the conditions for the animals have deteriorated even more due to the impossibility to unload animals anywhere in Bulgaria in cases of emergency – for example when injured animals are found on board of a vehicle or it is discovered that a broken water drinker cannot supply water for the rest of the long journey to and in Turkey. This means that the animals are left to their own fate and send through Turkey without even alleviating their suffering – and the situation did not change up until our on-site-team’s last day at the border, on 16 September, when animals still continued to pass the border without there being any possibility for the European authorities to remedy the poor conditions in which they are transported.

Animals´ Angels hopes that soon a solution will be adopted to stop this suffering.