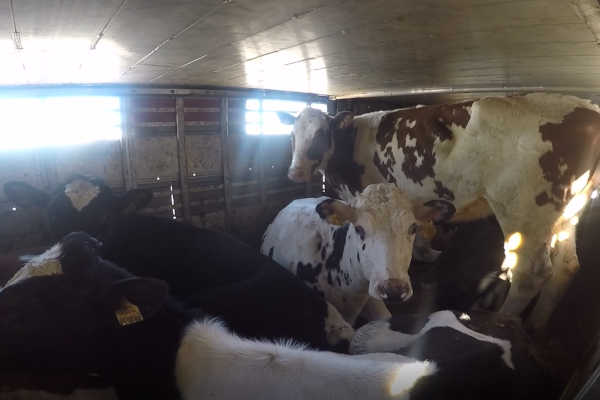 Our investigations on the long transport routes from the EU to Central Asia and Morocco are showing results: last week, North Rhine-Westphalia and Lower Saxony issued a decree prohibiting the transport of animals to countries outside the EU. In the meantime, other federal states have reacted: Saxony is making export transports more difficult. Rhineland-Palatinate, Baden-Wuerttemberg and Brandenburg are even suspending them completely.

This is a great success of our activities in Central Asia and Morocco, which could recently be seen in a German tv report. Already last year, federal states such as Hesse and Bavaria reacted by banning export transports to so-called high-risk states – also thanks to our findings on site.

For years we have been relentlessly proving that the animals regularly suffer immensely during these long transports. Moreover, these transports violate EU law. It is an important sign that the other federal states have finally taken up the cause! This increases the pressure on Federal Agriculture Minister Julia Klöckner to advocate an EU-wide export ban during the German EU Council Presidency!

We are of course staying on course so that these transports will soon be a thing of the past throughout the EU.