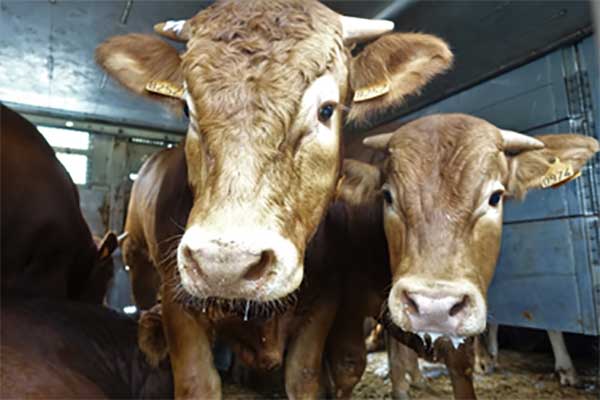 Animals' Angels and Anda follow an animal transport with cattle from Spain and France to two different destinations in southern Italy. Once again, the transporter is not complying with the law: In the north of Rome, the animals get a too short break after at least 25 hours of transport – only for 10 instead of 24 hours. In addition, in some parts of the truck, there are too many animals loaded. Etienne and Fran cannot lie down due to the lack of space. There is also not enough bedding and so the vehicle emits a penetrating smell of ammonia.

The driver tells us that some of the animals are to be unloaded at a slaughterhouse near Naples. However, the transport is so badly organized that the animals have to wait almost seven hours on the vehicle at the slaughterhouse before they are unloaded.

The remaining animals are transported onward. During the whole journey the driver is constantly getting lost. It seems that he has no experience in driving an animal transporter. Therefore he loses a lot of time and so the animals have to stay on the truck even longer. However, at the destination we cannot watch the unloading because the owner of the farm becomes very aggressive towards us. We have to leave Etienne, Fran and the other cattle.

We contact the competent authority in Spain and lodge a complaint against this transport.