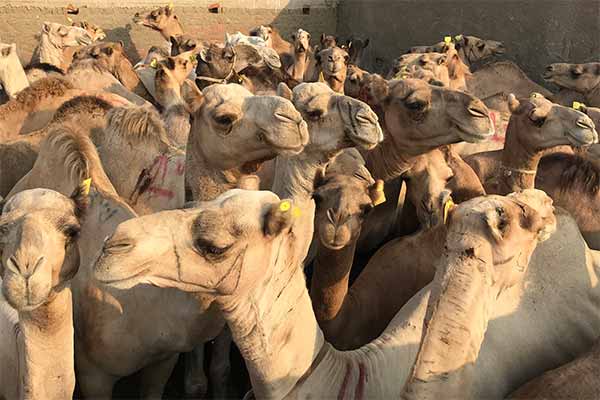 Our two Egyptian veterinarians are back at the camel market in Birqash near Cairo. In the morning they supervise the unloading of the camels from the arriving transports. They try to convince as many drivers and traders as possible to unload the animals at the ramps and not to beat them up. But again the two veterinarians have to take care of many injured camels.

While they treat Afif, whose nostrils and mouth were beaten bloody, they are approached by a trader. He asks why in the world they treat camels that go straight to the slaughterhouse. During the conversation, Eslam realises once again how far people at the market are from our idea of animal welfare. A short time later, a man suddenly runs after the camel cow Nur, screaming, and brutally hitting her. Omar can stop him and this time even other workers help him to stop the man.

In the late afternoon the team meets with one of the people responsible for the market. He tells them that cranes are being erected on part of the premises to unload the camels better and more stress-free and to avoid violence against the animals. If the cranes are used correctly, this could be an important step in the right direction. Omar and Eslam will definitely keep an eye on it.