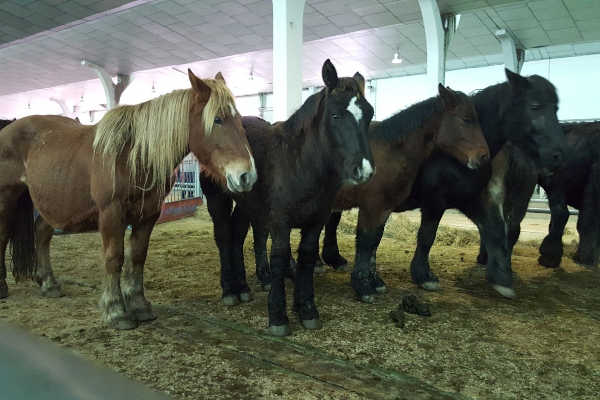 In November 2019 ANDA and Animals' Angels documented a horse transport in Spain. The nationally known horse dealer bought 13 young horses in north-western Spain, then he went to the hotel as he wanted to buy more horses at a horse fair that took place the next day. While he had dinner at a restaurant and spent the night at the hotel, the 13 horses remained on the truck without even water. At the market 19 further animals were loaded, then the odyssey continued on the now completely overloaded vehicle, another five hours to the destination.

Now finally we got an answer from the responsible Spanish veterinary office. The transport vehicle was not even approved for long distance transport... The dealer only received a warning, but he is now under special surveillance by the official veterinarians and ANDA and Animals' Angels will not let him out of their sight either.