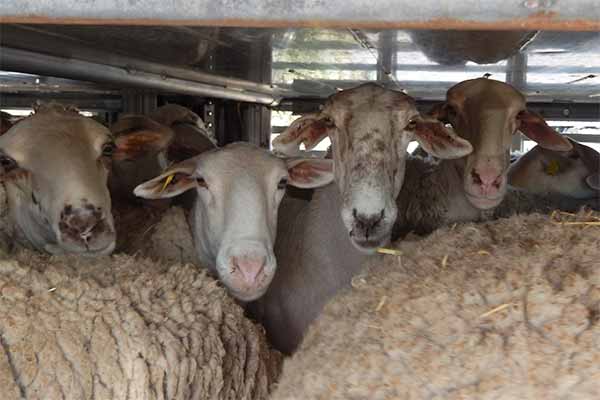 A team from Animals' Angels discovers a transporter with sheep in Spain next to the French border. During a short stop in France we learn from the driver that he wants to bring the 300 sheep alone and without a break to Italy near Rome. The sheep are standing close and in physical contact. At about 30 °C inside the vehicle! They cannot all lie down at the same time and have difficulty reaching the water. Nevertheless, according to EU transport regulations, there are not too many animals on the truck.

On the way, we repeatedly try to organise police officers to check the transport. After a lot of persuasion, the French police stop the truck shortly before it reaches Italy, but then refuse to check it. The transport is allowed to continue. The two policemen are responsible for a 120 km stretch of motorway alone at night and are unable to carry out the check despite our support. We accompany the transport to Rome, in total we follow it for almost 20 hours. In this time the driver does not make his prescribed break.

While we are writing this report, it becomes clear again how many problems we have to fight against at the same time: Laws that do not adequately protect animals during transport. Police officers who are not trained to control animal transport and who do not have sufficient time or staff to do so. And drivers who ignore their rest periods and thus endanger people and animals. We still have a lot of work to do.