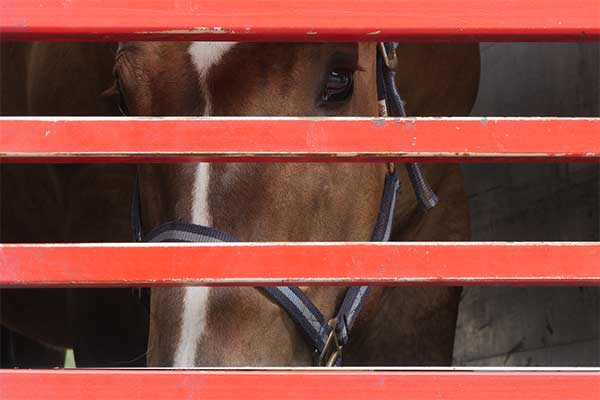 Animals' Angels checks a Polish animal transport with 20 Spanish horses at the border between Spain and France. The transport is stopped by the Spanish police for a routine check – but unfortunately the officers do not check animal welfare aspects in the process.

The horses were loaded in Valencia and are being transported to a slaughterhouse near Bari in southern Italy. As required by law, they are transported in individual stalls – but these are far too narrow. Several horses are crammed in so that their bodies touch the partition walls on both sides. The horse Vicente, for example, cannot even spread his leg out to urinate.

In addition, the truck is not equipped with automatic drinkers, as required for such long transports. The drivers have to water the horses by hand.

Actually, this vehicle should not be licensed for such long transports. We report our observations to the relevant authorities and continue to fight against the transport of 'slaughter' horses.