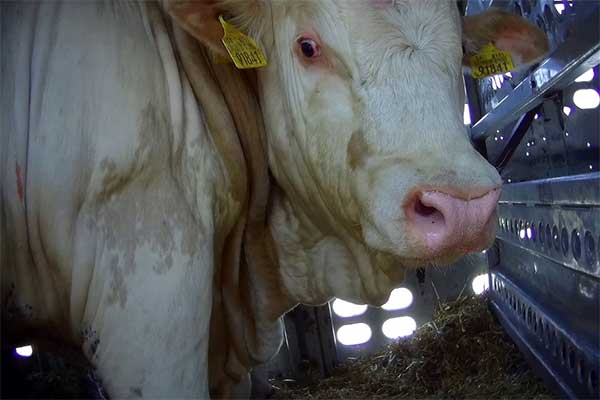 Animals' Angels is taking action for the animals on the heat transports in Greece. Last summer we discovered an animal transport with Slovakian bulls here. Although it crossed the border in the cooler evening, the animals were extremely thirsty and restless. This year we now see two such transports - both entering Greece during the heat of the day.

The first transport stops in the midday heat for a short break where we can see the bulls for a while. In the rearmost compartment they have enough space to lie down and avoid body contact - as it should be at least in this heat. But in the front compartments they have much less space. In the cramped conditions, some of them are in close physical contact, which further aggravates the heat and prevents heat dissipation. Martin and Tomislav visibly suffer from the heat and breathe heavily.

The second transport also stops briefly so we can take a look at the animals. The young bulls are in physical contact - and that at outside temperatures of 40 °C.

The high temperatures were foreseeable and also predicted. It is incomprehensible why these transports nevertheless take place in the greatest heat of the day. Such unnecessary stress for the animals must be avoided. Therefore, we continue to advocate for a ban on transports at high temperatures.