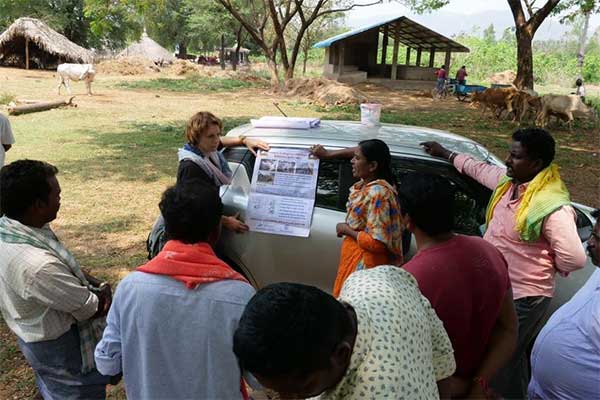 Animals' Angels, together with the VSPCA, visits the cattle market in Jogumpeta. Already in 2015, the market director announced his intention to turn the market into a role model market.

So far, however, there has been no visible change: no ramps, no shady roofs or a drinking trough have been built. Moreover, there are no authorities at the market to ensure compliance with animal welfare laws. And this even though the market would be within walking distance of the veterinary office and the local police station.

We give a short animal welfare workshop for transport drivers and traders. But we know that the conditions for the animals will only change in the long run if the authorities take strict action. We raise our concerns at the Market Committee meeting in the afternoon.

The Market Committee consists of representatives from the city administration, the veterinary office, the police, the transport control authority and the agricultural office. We are at least assured that the construction of a ramp and a drinking trough is now definitely planned, and that funds have already been made available by the ministry.

We will continue to monitor the market to ensure that construction and further improvements are carried out.