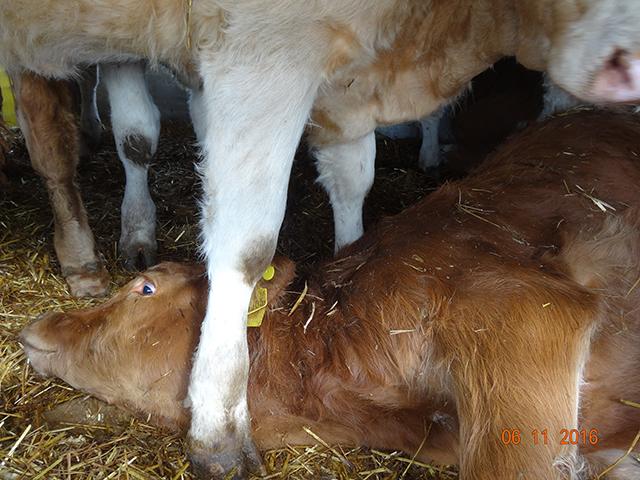 Animals’ Angels is at the EU external frontier, on the Turkish side in Kapikule. We are shocked about the current situation on-site: the Turkish government has started to take over the import business of cattle. Therefore, hundreds of calves, approx. 200-250 kg, are transported every day from Europe to Turkey, to assembly centers newly built near the border with Bulgaria, within 100 km of distance. From these stables, animals are immediately reloaded into Turkish trucks to be distributed to fattening and dairy farms in Turkey, i.e. to their real destinations.

In this way, the difficulty to comply with European laws of animal protection in third countries is solved by freeing exporters from their responsibility to ensure the compliance of EU legislation until the real final destination in Turkey. Unfortunately, Animals´ Angels knows that the final destinations are often located on the other side of Turkey, i.e. more than 1000 km away. Consequently, now the animals will be transported from the assembly centers near the Bulgarian-Turkish border to final destinations without any minimum protection.

After all our documentations, reports, complaints, discussions and meetings, this is the answer of the European competent authorities, EU member states and the EU Commission: shifting on their responsibility for the animals to Turkey instead of taking action for better animal protection! Again, during the investigation of Animals’ Angels, we meet those who suffer most from this unbearable situation, like Irena.

We see her the first time waiting with her companions in the queue for trucks in front of the Bulgarian border. She lies down with her head stretched backwards on the floor, her eyes wide open and breathing heavily. Another calf is standing above her. Nobody of the people would have noticed her. We inform the drivers and they try repeatedly to make her stand up, but she refuses. We inform the border veterinarians about the presence of Irena and ask for her unloading so that she can be taken care of. Not receiving any reply, we cross the border and wait for her truck on the Turkish side. It takes 4.5 hours for the truck to cross the border and enter Turkey. Irena is still inside the truck. The drivers tell us that she walked - and in fact she is not in the same point, even though she is still lying. We wait with her and the other calves during the customs clearance. Irena never stands up, appearing exhausted, breathing accelerated and coughing. Luckily, we have the possibility to check that Irena will be able to stand on her four legs, to walk off the truck and to enter the pen of the assembly center where she was transported. We wonder how Irena and her companions could cope to be reloaded and transported to the final destination in Turkey after such a long transport.