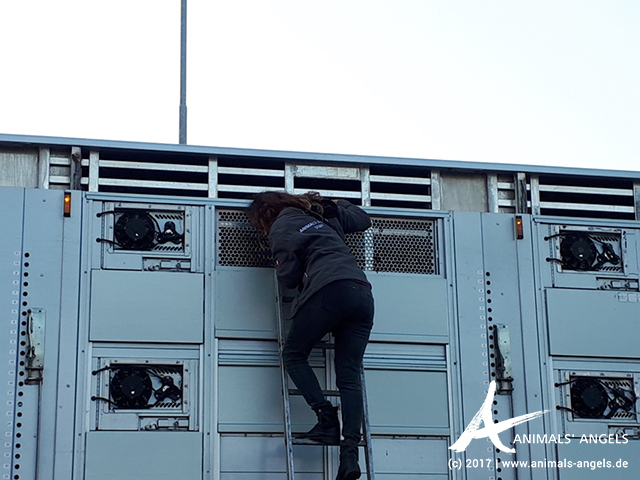 Animals’ Angels investigates into the agricultural areas of Czechia. Czechia is a major exporter of live animals from Europe to Turkey. Some of their cattle were involved in some incidents this year, concerning customs and importation rules: The animals were in fact blocked at the Turkish border, refused to enter, causing them long waiting times and an uncertain faith.

We visit some holdings, inspects transports and talk to farmers to understand the movement of the animals and export dynamics of the country.

Our team also meets Veterinary State Administration representatives whose tasks are, among others, animal welfare and animal protection. The aim is to initiate a dialogue concerning transport controls in general and exchange ideas about the complications on the route for exports to Turkey.

The next steps will be, hopefully, to meet representatives of the Central Commission for Animal Welfare, advisory body of the Ministry of Agriculture, and of exporting companies. Animals´ Angels´ intention is to exchange ideas and points of view on agricultural policies in Czech Republic and in EU with special reference to export of live animals and ongoing problematics reported by Animals´ Angels and other NGOs.