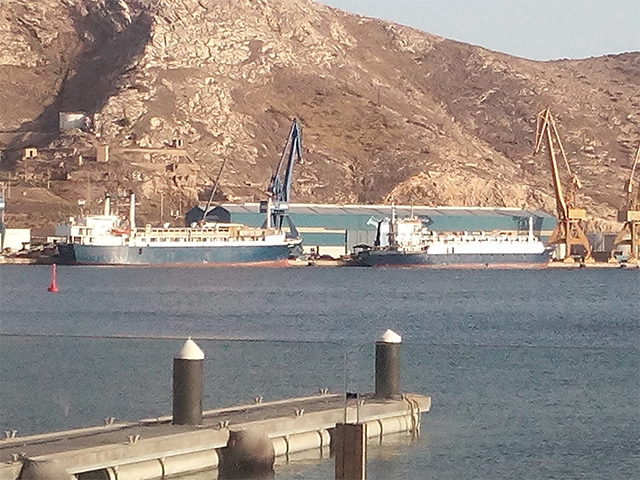 Animals’ Angels investigates into the export of live animals to countries like Libya and Lebanon at two different ports in Spain: Cartagena and Tarragona.

During the first days the research team is able to observe the loading of at least one vessel per day with young bulls and lambs at Cartagena port. During the loading process the animals have to endure long waits under the sun before entering the vessels and being able to get food and water. The animals come from all over Spain and even from France, meaning they might already have had to endure long journeys before being transported by ship which could take more than 2 days, depending on the final destination. These vessels are able to transport approximately 300 young bulls and 17.000 lambs.

Although in Tarragona we were not able to observe loading, according to the information gathered during the investigation, the frequency of exports from Tarragona is similar to the one in Cartagena, which means that several animal trucks arrive from all over Spain every week.

The maritime trade in animals takes place due to the increasing demand for animal meat in Middle East countries, and although Spanish authorities claim to make all the necessary arrangements to secure the welfare of the animals, these long overseas journeys are impossible to be properly monitored and do not secure the integrity of the animals.