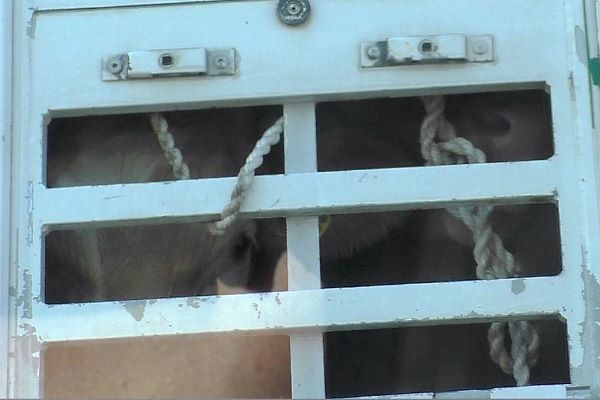 Animals' Angels observes a cattle truck with Austrian license plates on the highway in northern Italy, near Palmanova. After a short accompanying drive, the drivers stop at an emergency stop bay, leave the truck and come up to the Animals' Angels team, loudly swearing. One driver throws insults around, the other pushes one of the Animals' Angels employees away from the truck to prevent her from checking on the animals. A normal conversation is not possible. One thing is clear: they want to get rid of us and believe they can achieve this with their aggressive demeanor.

The outside temperature is 37 °C. Transports over eight hours are prohibited at temperatures above 35 °C. We continue the escort ride and ask the police to check whether it is indeed a long-distance transport. The police patrol is waiting at the end of a highway entrance. But about 100 meters before that, the truck leaves the highway. We don't know if this was a coincidence and the truck actually had to leave here or if it wanted to avoid a police check.

We made an inquiry to the Austrian authorities while the operation was still in progress. If it turns out that this was a long-distance transport, the authorities will have to ensure that such long transports are not handled in the future at such high temperatures.