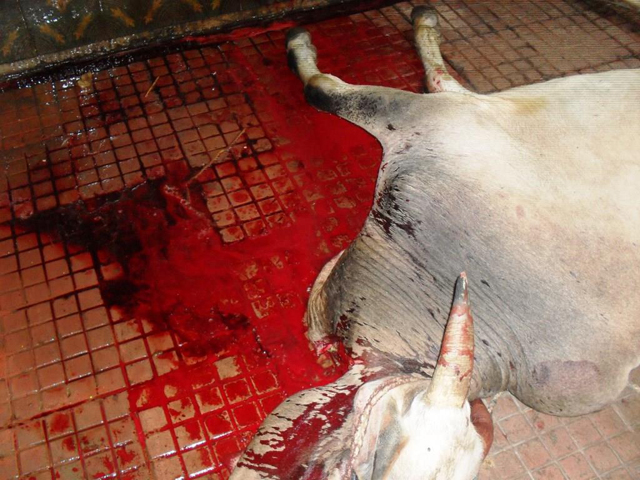 Our CRPI-Team achieved some big changes in a slaughterhouse in Gajuwaka. In December 2013 our team inspected the slaughterhouse together with local police forces and handed in an official complaint. The conditions have been appalling (see our report from December 2013)

Under the pressure from our partner organization VSPCA and local authorities, the slaughterhouse has been forced to take measures to follow the standards of the humane slaughter rules under the Animal Welfare Board of India.