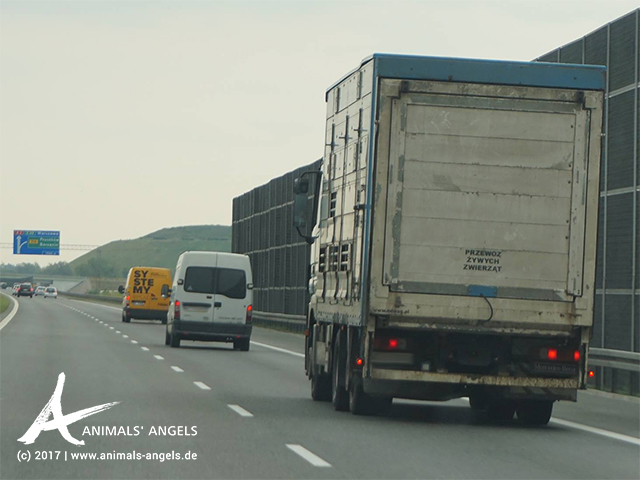 On their way back from another rescue, the team of Viva! Interwencje spots a truck transporting cows on motorway A2 near Pruszków. At least three seem to be most likely downer cows among others standing.

The team follows the truck and calls the police straight away, but the truck reaches an assembly point in Warsaw and disappears within the compound. The police arrive a few minutes later, but the team is not allowed in.

The policemen check on the animals by themselves and find out that all eleven cows are standing and two of them have already been unloaded. An hour later, the veterinary service arrives and finds that all the animals are in order. It is hard to believe that three cows were just lying down during transport, or that they have just stood up on their own in few minutes.

The team will try to determine as much information as possible and draw possible consequences.