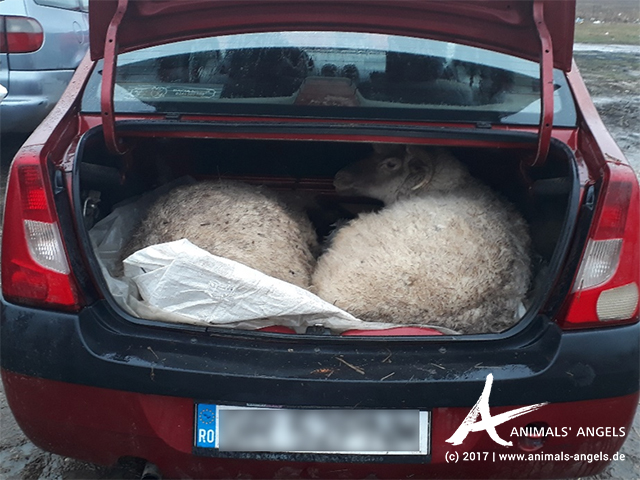 Animals’ Angels is again in Romania and observes the weekly market of Calugareni. Since we first visited this market in 2006, it was never officially authorized for the trade of animals. Nevertheless, countless animals have been traded every week and ever since, Animals’ Angels has been reporting cruel handling of animals and the illegal on-site slaughter of pigs to the competent authorities and the EU Commission.

Now, on December 17, the competent veterinarian authority has officially approved the market of Calugareni for the trade of live animals. This means that contrary to the previously introduced plan of banning the live animal trade from November until January 2018, the market operator now must introduce specific rules and equipment for functioning as an animal market.

As this market has a long-lasting tradition, a trade ban has proofed to be impossible to implement. Therefore, the only other option seems to be to officially approve the market. From now on, a veterinarian will have to be present to ensure correct handling of the animals.

The on-site infrastructure construction has already started. There now are some pens for accommodating animals as well as a loading ramp and water taps. Traders will be required to have veterinarian certificates accompanying the animals taken to the market. But the implementation of these new rules, also concerning the prohibition of the on-site slaughtering of pigs, will certainly take some time and efforts regarding the education of the market visitors.