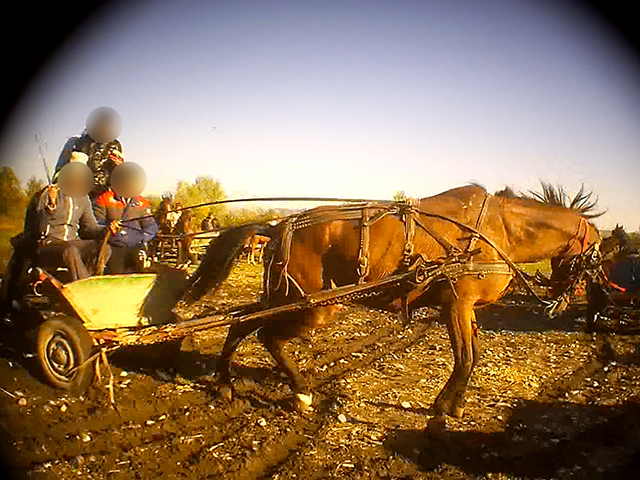 Animals´ Angels is invited by the police of Targoviste to give a formal statement on a case of horse maltreatment reported nearly three years ago.

In October and December 2013, Animals’ Angels carried out two investigations into so called traction tests for horses at animal markets in Romania and reported these cases to the police. The report included footage showing horrific scenes of horses being whipped brutally and forced to drag carts whose tires have been tied with chains and ropes. Six persons have been identified from the footage and are being investigated by the competent authorities for animal cruelty.

Animals´ Angels declares to the police that these persons do not deserve to be simply punished for violating the law but that it is necessary to teach the local community that violence is wrong – especially to the children – the new generation – who participated to such shameful.