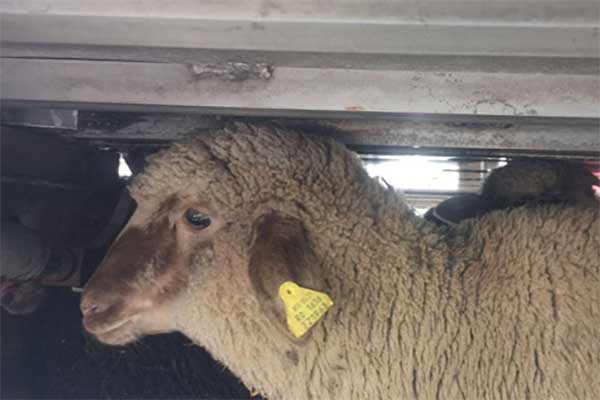 At the end of April, we are in action for the lambs in Romania together with Animals International. We control animal transports before Orthodox Easter. The Romanian authorities had issued an important decree shortly before: Lambs may now only be transported on a maximum of three levels. Otherwise, four levels are usual for these transports, with the animals often hitting their heads and backs against the ceiling.

In three days, we find and inspect three transports. In one of them, the lambs are indeed transported on three levels – and this despite the fact that this company has repeatedly attracted our negative attention. The other two trucks, however, do not comply with the decree. We immediately call the police, but the officials do not even issue a fine.

Together with Animals International, we are now putting pressure on the Romanian government and authorities. They must finally enforce the laws consistently and punish violators accordingly, so that the implementation of this important decree succeeds.