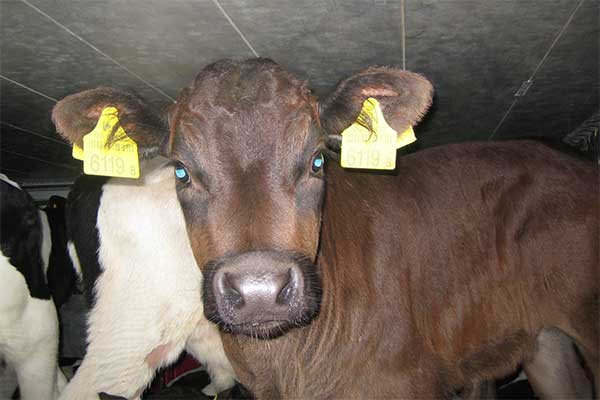 "Calf transports soon in business class?" is the title of a debate Animals' Angels recently took part in in Spain. The online event is organized by the research institute IRTA of the Catalan government.

With representatives of cattle breeders, transporters, two scientists and a representative of the ministry, we discuss the future of calf transport. We expect a heated discussion, because for us it is clear that calves must not be transported for more than eight hours and should be slaughtered as close as possible to where they are reared, if at all. The industry in turn does not want to do without the calves, which are transported from many different EU countries over long distances to Spain.

But there is also agreement on a few points: For example, that more controls must be carried out on the farms. This is because many calves are not fed properly and sufficiently from birth due to their low economic value. In addition, clear and implementable transport rules are necessary for the entire EU and the driving times of the drivers and the transport times of the animals must be aligned.

We very much hope that these points will be put into practice in the future.