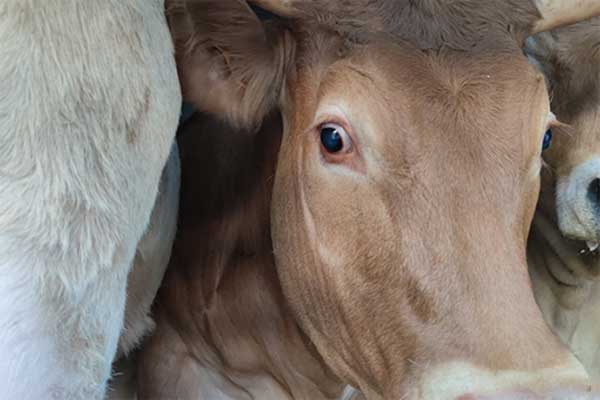 Animals' Angels inspects animal transports on the route from Spain via France to Italy. We encounter many cattle transports, most of which are on their way to Italian slaughterhouses. On board: calves between five months and one year old.

Louise, Joanna, Pierre and Pedro push each other back and forth in the compartments during the ride. Because of the cramped conditions, they are forced to stand closely together – they cannot lie down. As soon as an animal lies down and the driver notices it, it is forced up again. Because of the lack of space, the risk of injury is great. An animal lying on the ground is quickly kicked by others or others stand over it so that it can no longer get up.

Our hands are tied, because shockingly, such high loading densities are legal for cattle transports in the EU. We document the abuses on these animal transports and campaign for the space requirements of the EU laws to finally be revised.