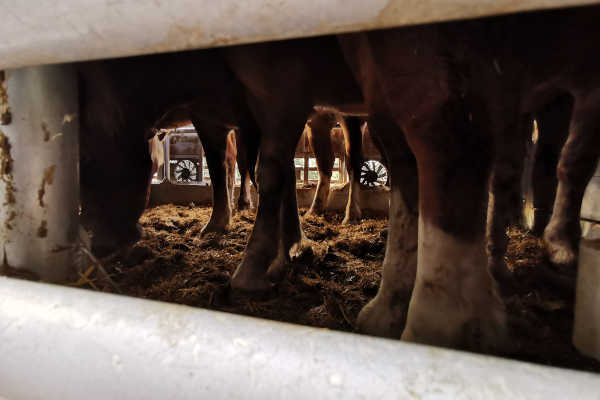 Animals' Angels and Anda accompany a transport with Spanish horses and cattle to two slaughterhouses in southern Italy. The Spanish transporter violates the animal welfare regulations in several respects. For Anda and Animals' Angels he is an 'old acquaintance', because years ago we already requested the withdrawal of the transporters’ authorization for this company. But the Spanish authorities have steadfastly ignored our requests.

The animals are completely exhausted after the two-day transport. For the last part of the journey, the mare Luna is lying on the ground in the full compartment, her head between the hooves of the other horses. On arrival at the last slaughterhouse, the animals must wait another hour on the truck to be unloaded. Some horses sleep deeply with their eyes closed, others doze off and some eat the excrements on the ground. The driver is also exhausted. He says he feels sorry for the animals, but as an immigrant worker he cannot choose the job. He tells us that a colleague drove the same route, but with a refrigerated transport with meat. In his opinion, all live animal transports should be replaced by meat-transports.

This transport is a further proof that the industry will never comply with animal welfare legislation and that the authorities will never be able to control it sufficiently. The conclusion is that long-distance transport of live animals must be stopped!