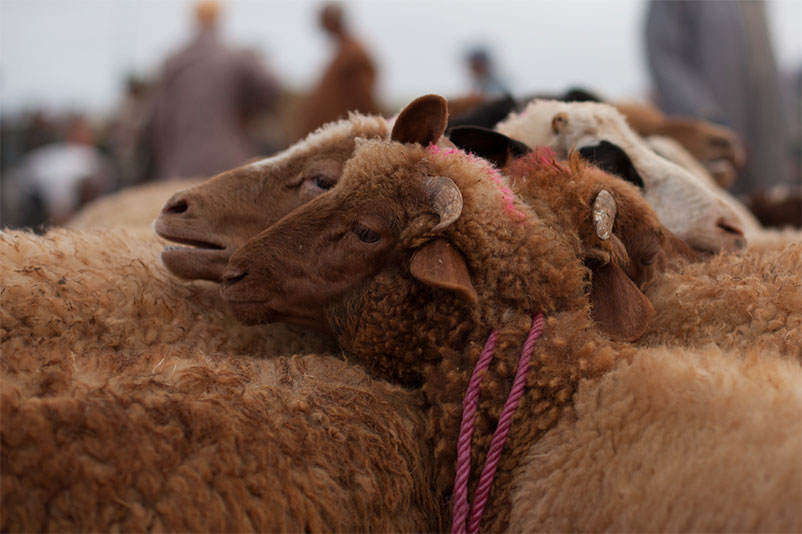 Agriculture, and in particular 'animal farming', is one of the most important economic pillars of Morocco. Nevertheless, there is no national animal protection law that at least guarantees the minimum requirements for the protection of 'farm' animals. Even today, the majority of all 'farm’ animals is traded and sold on so-called souks (weekly markets in towns and villages). The conditions for the animals and how they are treated are terrible. Animals' Angels has been there since 2014 to raise awareness and bring about change.

In Morocco, most animals are kept by small farmers. Many rural families live with and from their animals, which they sell regularly at souks (weekly markets). There we always find the same serious animal welfare problems:

The transports at markets also reflect the catastrophic conditions:

Animal welfare plays no role here – despite the fact that the Moroccan government gives top priority to agricultural development. To date, there is no animal welfare law in Morocco and no official inspections. 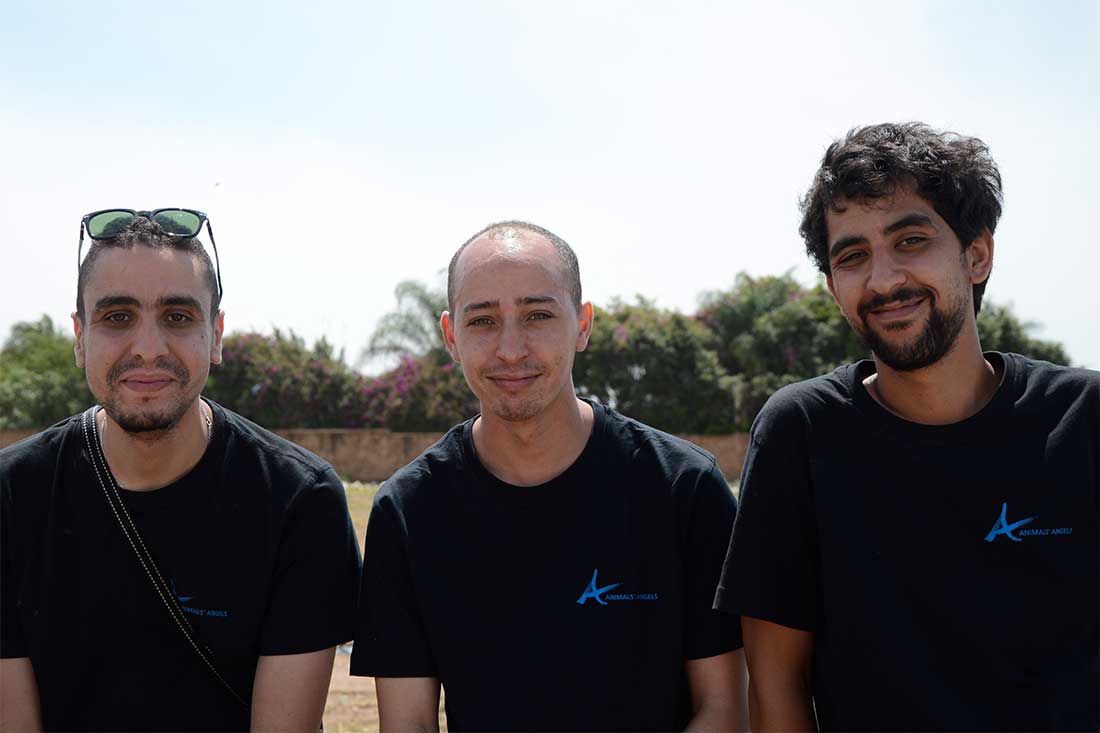 Taking action for the animals at the markets in Morocco: Habib, Boubaker and Ali. 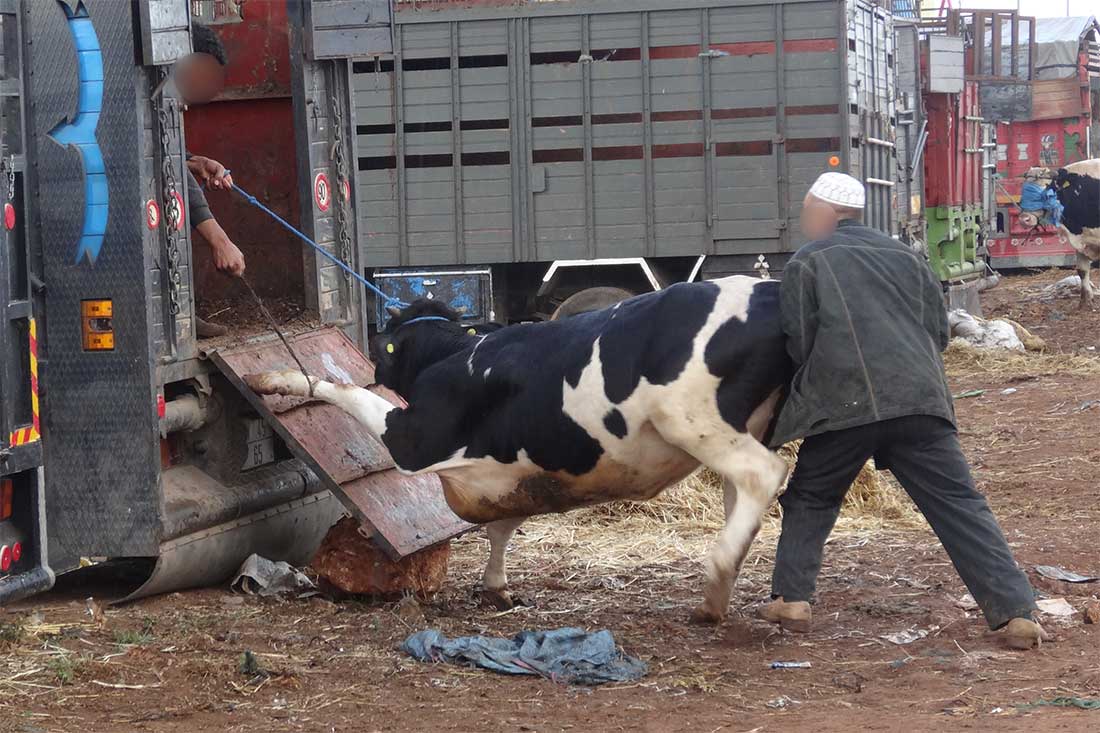 The vehicles on the markets often have much too steep ramps over which the animals are mostly pushed up by force. 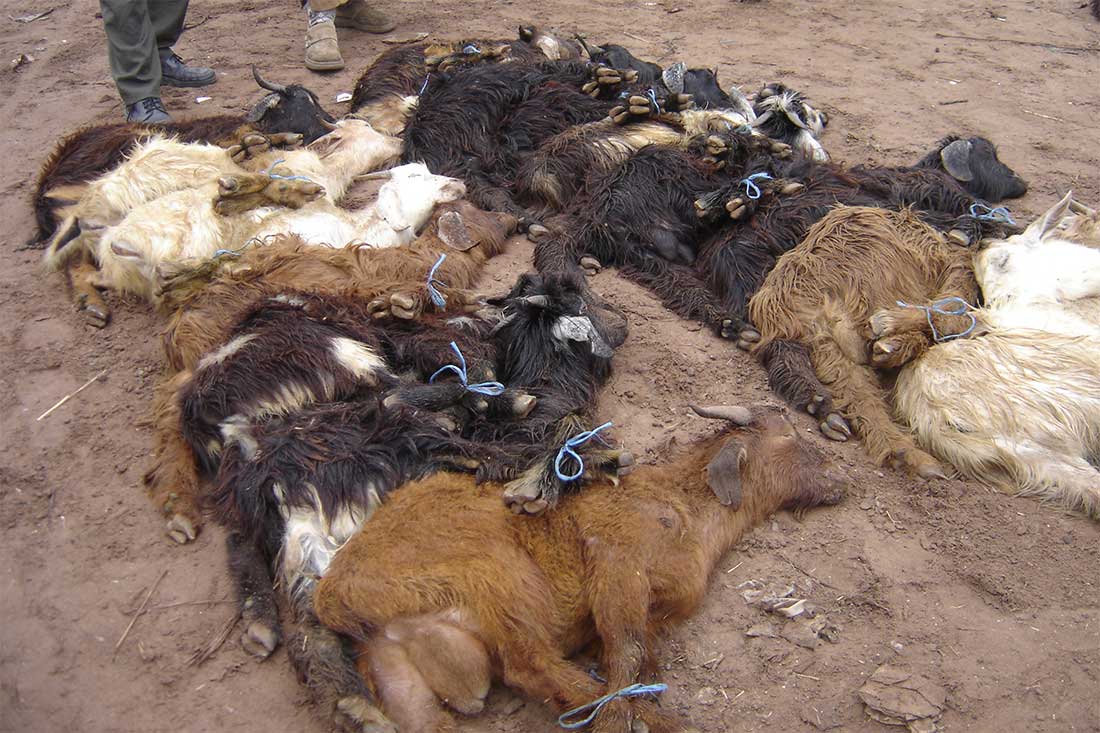 Common practice at the markets: Sheep with their legs tied together, lying in the dust. 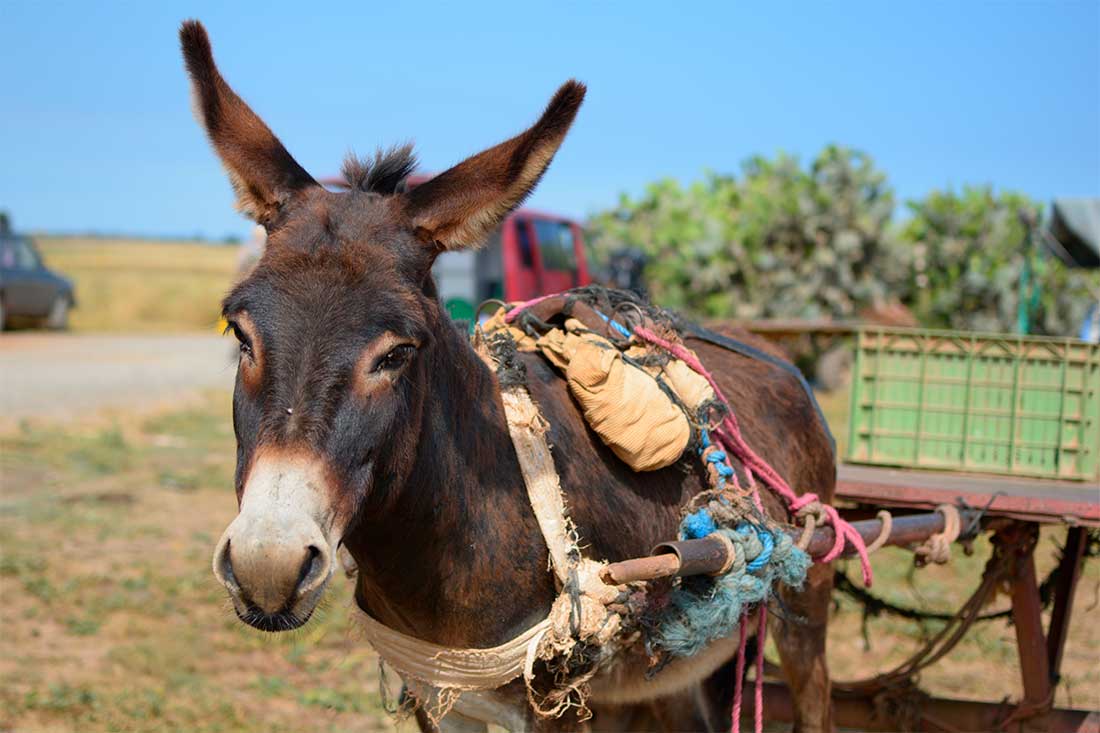 The donkeys and mules often stand in the sun all day long, tied to the carts with their harnesses. Underneath we often find wounds and bruises. 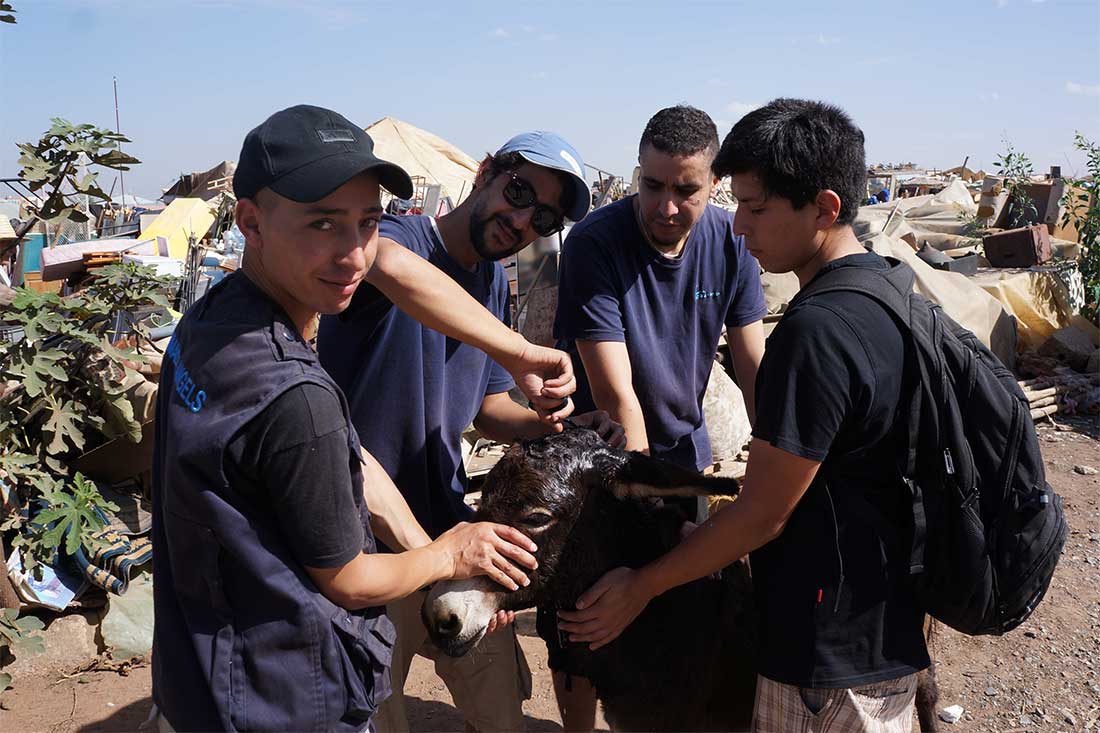 Our market team regularly uncovers and treats the wounds of the 'working' animals and talks to their owners. 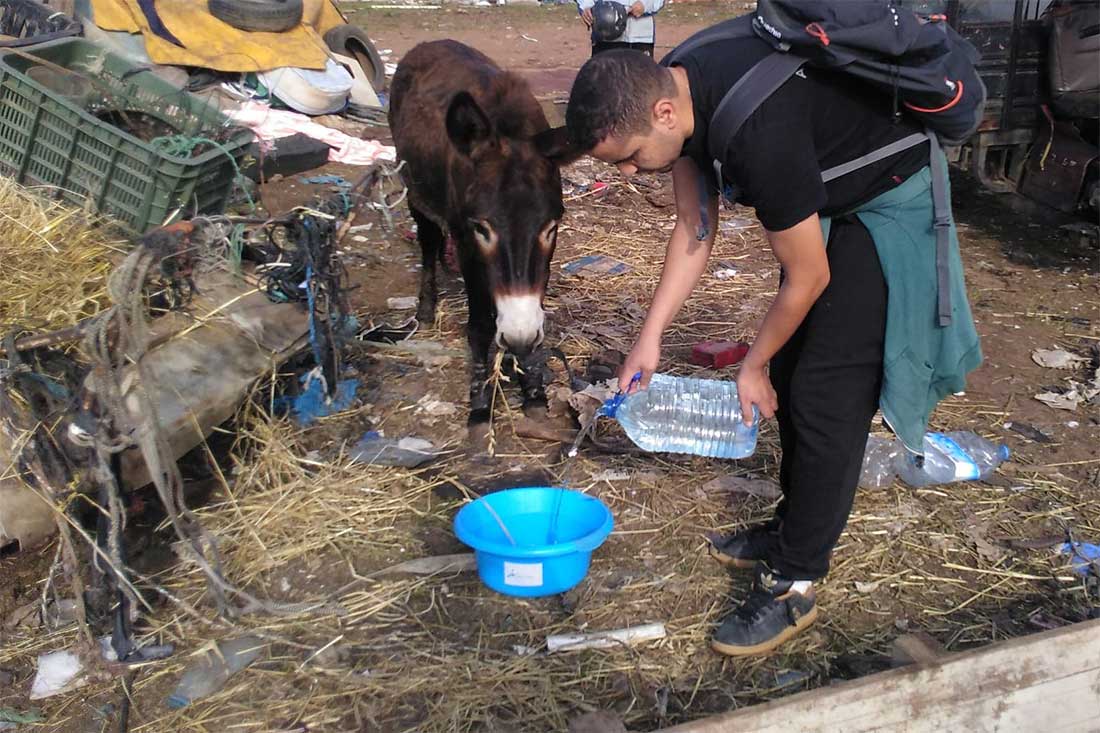 While the donkeys and mules have to wait, they don't get any water. Our team provides water for the animals. 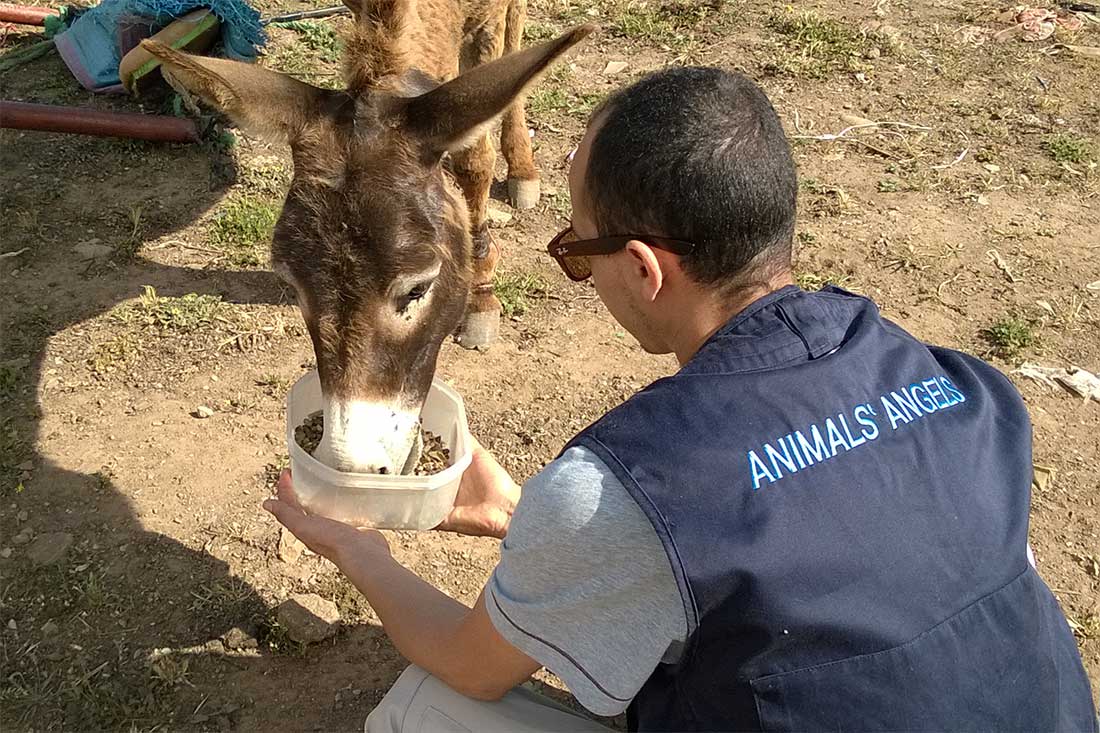 There is also usually no food for the animals. That's why our team always brings something with them. 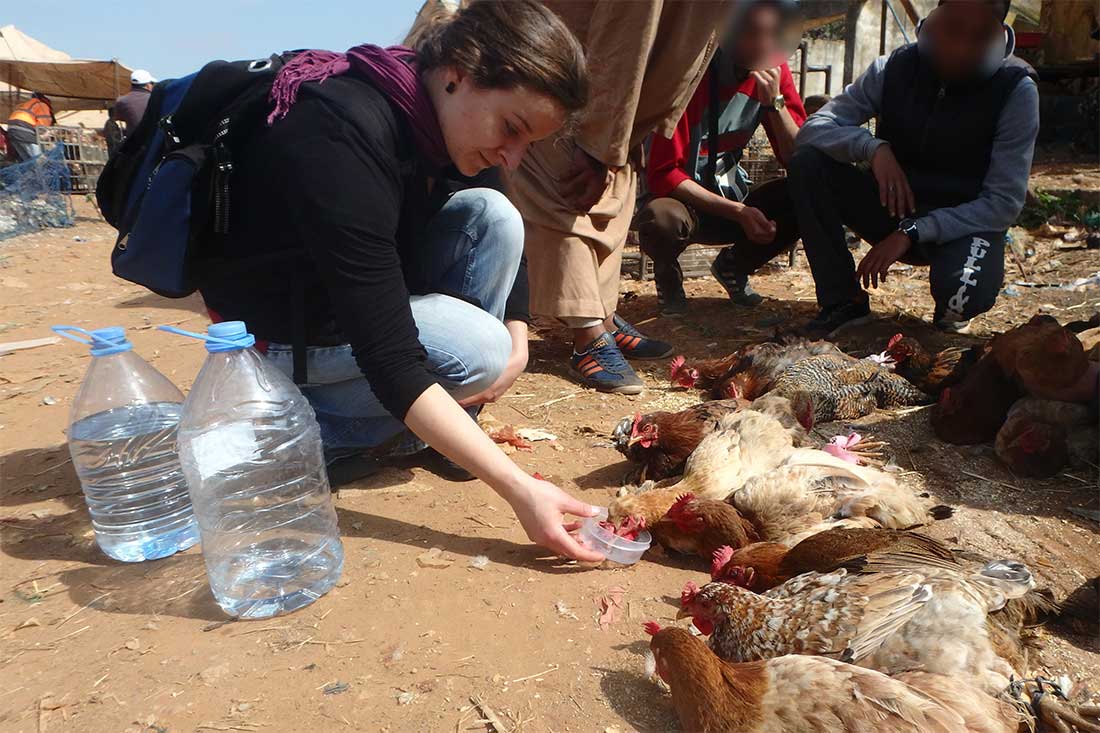 The chickens, ducks and other birds usually lie in the dust with their legs tied together - usually without food or water.

Since March 2014, we have been on site with a permanent project, and since summer 2015 our Moroccan team – consisting of Ali, Habib and Boubaker – regularly inspects the animal markets around Rabat. They raise awareness and provide first aid for the animals.

Animals' Angels is in constant contact with the Moroccan veterinary authority ONSSA regarding a joint animal welfare project at the markets. We have drafted animal welfare guidelines and translated them into Arabic in collaboration with ONSSA. We are now waiting for ONSSA's final approval to finally start distributing the guidelines. 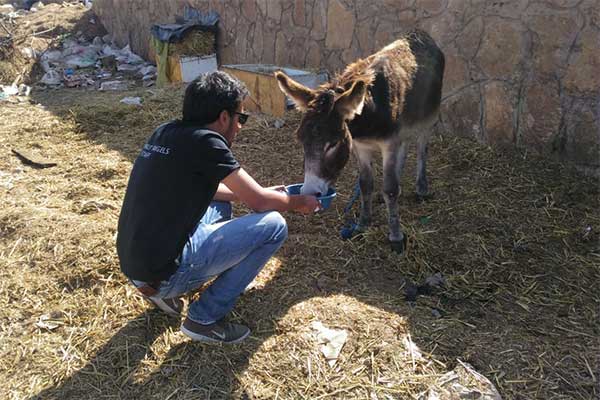 Morocco: Our Team Taking Action for the Animals at Mers El Kheir Market

Our Moroccan team - Ayoub and Boubaker - is taking action for the animals at the market of Mers El Kheir. Our team starts its rounds at the 'parking… 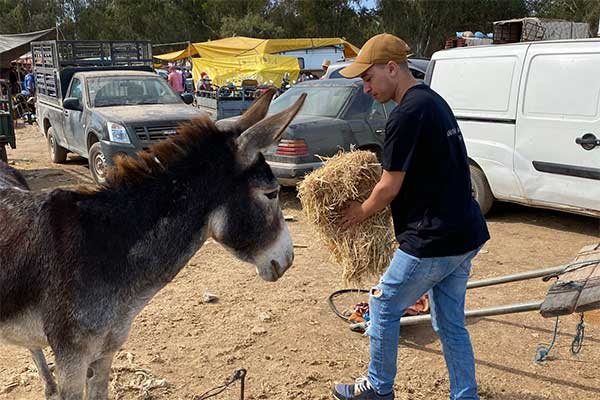 Morocco: Helping the Animals at Skherat Market – No Injured Horses or Donkeys Today

The Animals' Angels team is with the animals at the Moroccan market in Skherat. Today there is less going on, but it is very warm with more than 38… 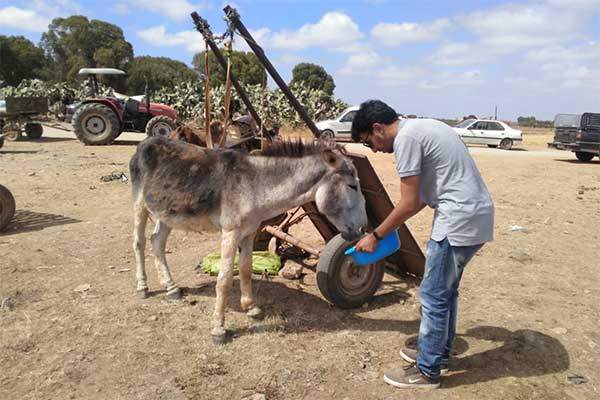 Morocco: Success at Skherat Market – Most of the Owners Unsaddle Their Donkeys and Horses

In Morocco, we are back in action for the animals at the market in Skherat. Today our team there wants to check on the horses Naji and Majid, which…

India is known as the land of the sacred cows. But the handling of cattle on markets and transports is of unimaginable cruelty.

Local animal markets have a long tradition in Romania. The EU laws on the protection of animals are largely disregarded.

Every 'farm' animal is transported at least once in its life – that is to say, to the slaughterhouse. All too often these transports take place under cruel conditions.