We all know the advertising pictures with satisfied cows on sunny flower meadows. Light years away from this idyll is the reality of cows living their lives in tie stalls. That means: being tied at their neck, no freedom of movement, living in chains in the same place – at all times. In Germany, every fourth cow is tied up in a stable. But this husbandry system is common in other EU states as well.

In 2010, about 27% of 'dairy' cows in Germany were still kept in tie stalls. That is over 1.3 million animals (source: Federal Statistical Office). Most tethered cows are kept in southern Germany. In 2017 in Bavaria, over 190,000 animals are kept tethered all year round – without any grazing. In other EU countries, too, e. g. Austria, Poland and Spain, this husbandry system is still widespread.

Tethered husbandry contradicts the basic needs of cows, all scientific findings on species-appropriate cattle husbandry, as well as the requirements of the Animal Welfare Act. Nevertheless, Denmark is so far the only EU state that explicitly prohibits tethering by law from 2022. In the rest of the EU, the dairy and meat industries have so far successfully prevented an explicit ban. 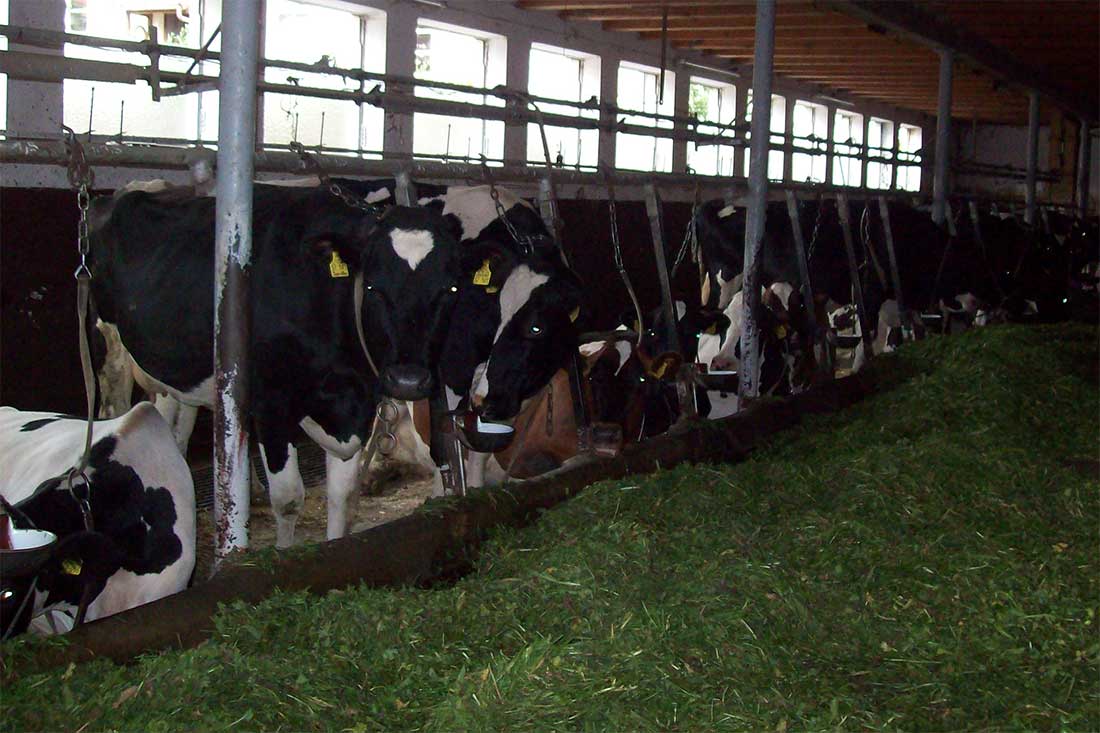 Tied up in the stable - fed with grass from the pastures. For the farmer it is easier to bring the grass to the cows than the sensitive 'high performance' cow to the grass. 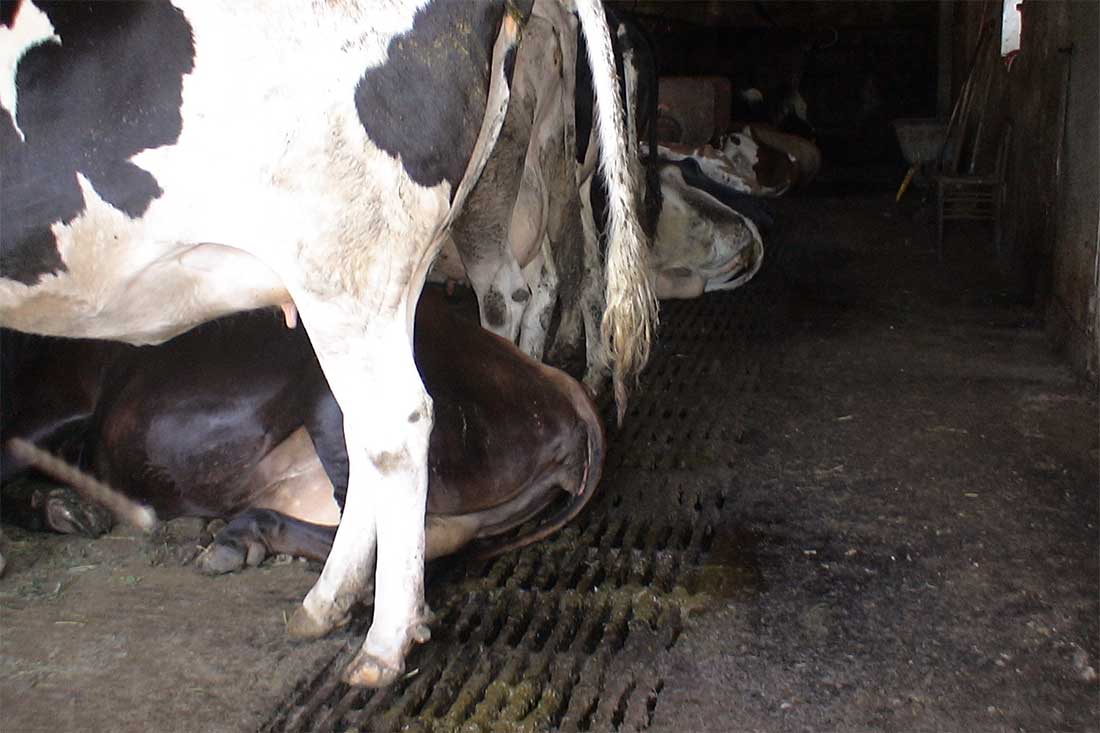 Tied at the front, the hind legs and udder on the grating. 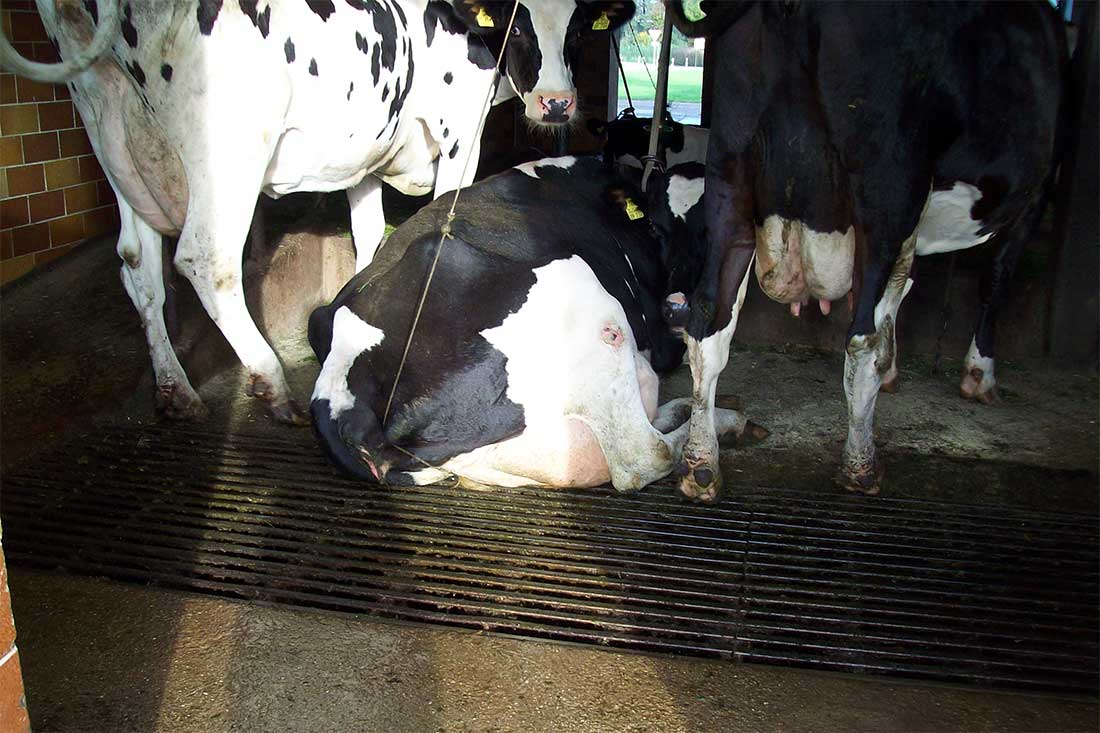 Tethered, with too little room to lie and rest at the same time. 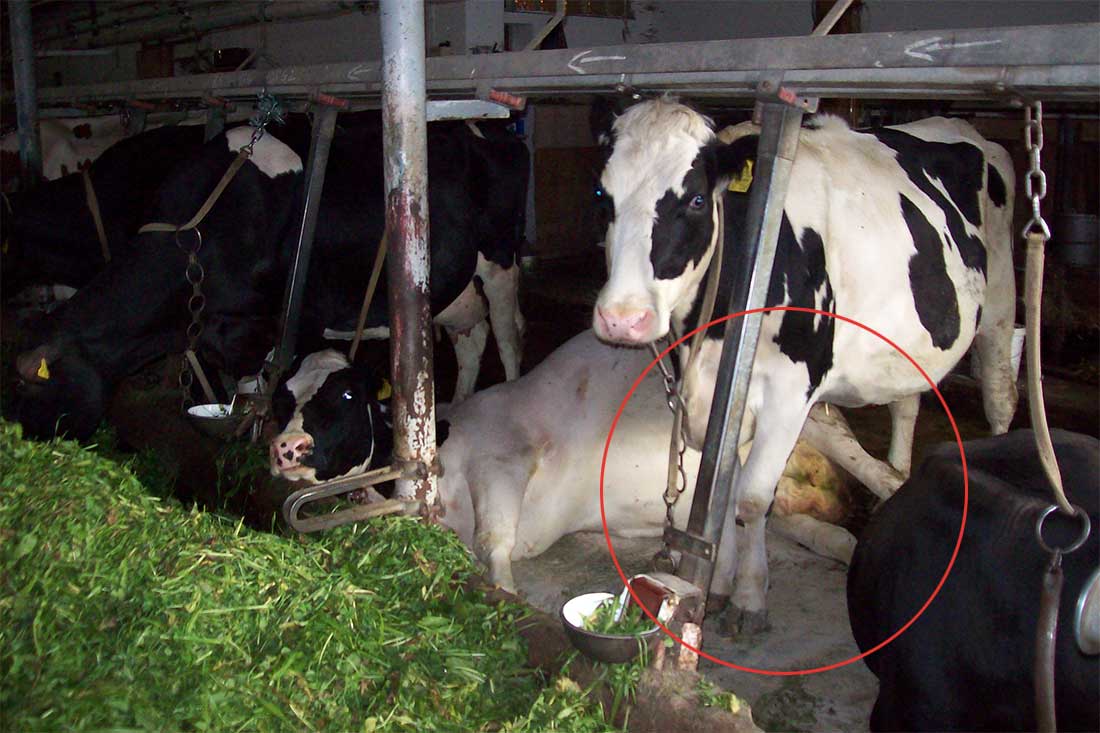 Since the legs of the neighbouring cow are in the way, this cow cannot lie down. The chain prevents her from finding another place to lie down. She must stand. 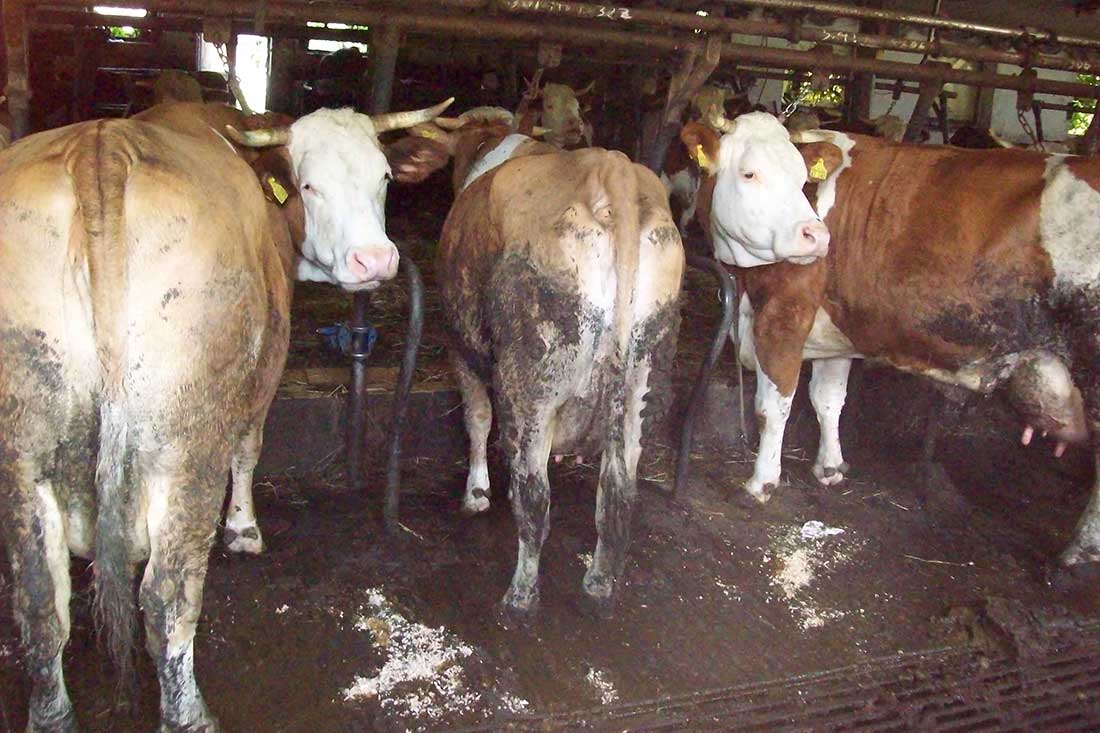 No bedding. A life on concrete. 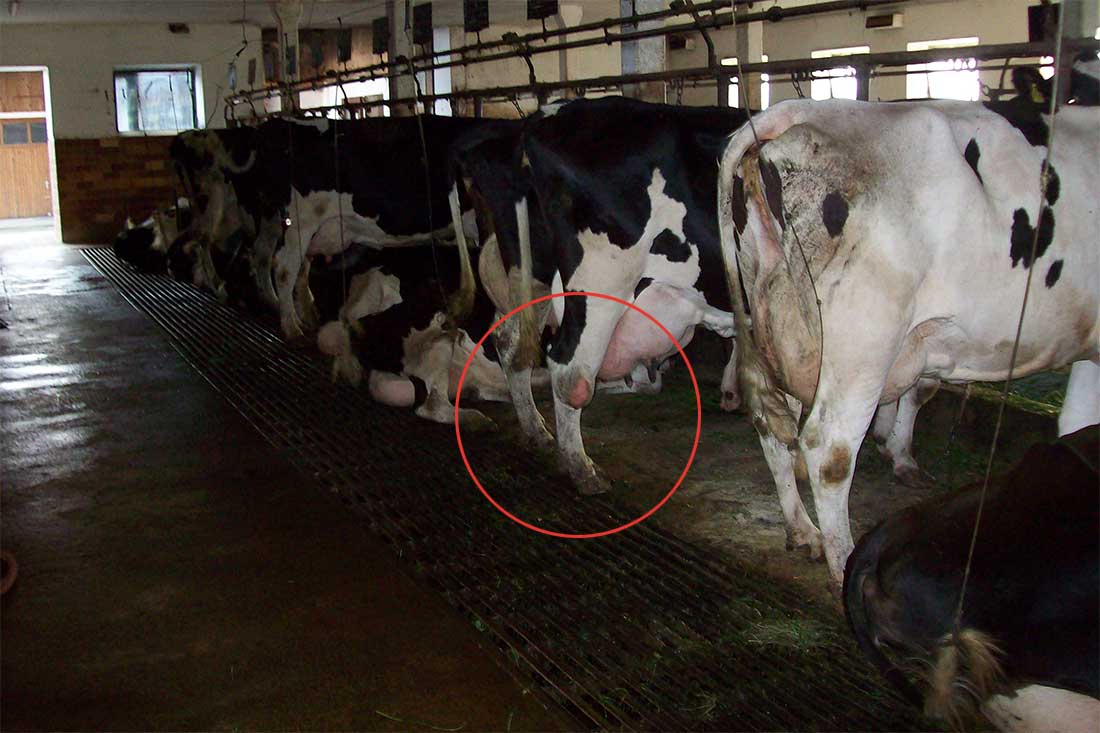 The lack of bedding can lead to swollen joints and lying wounds. 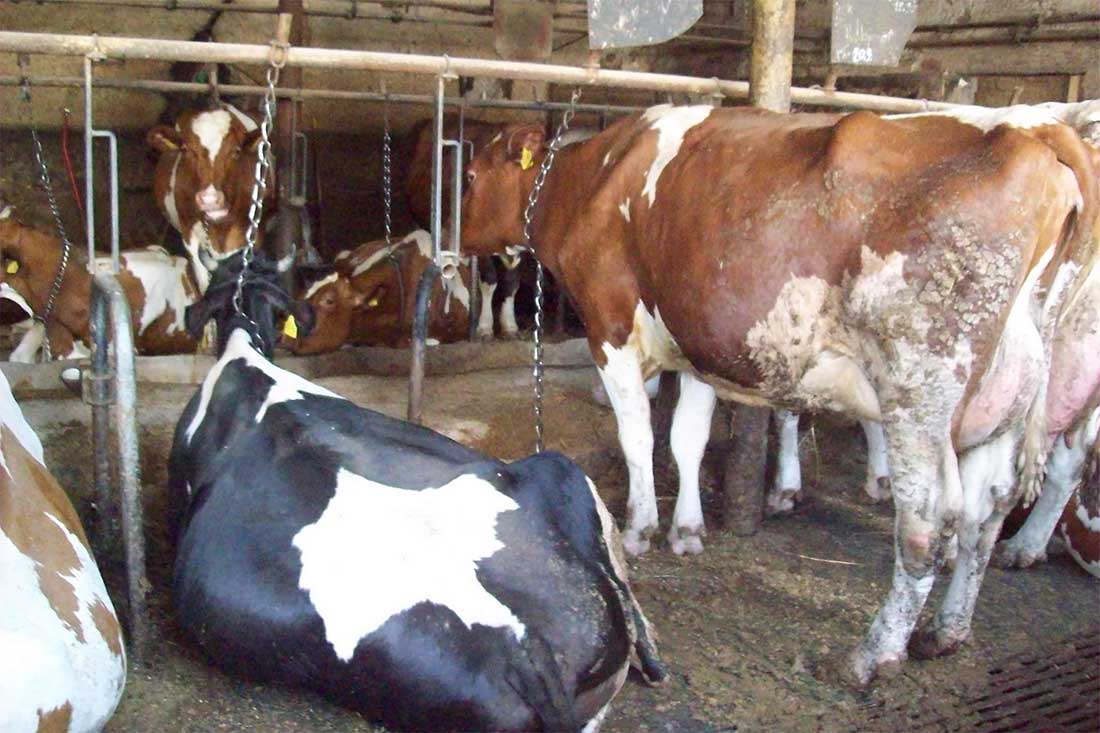 In many tethered stables the cows have to calve at the chain. 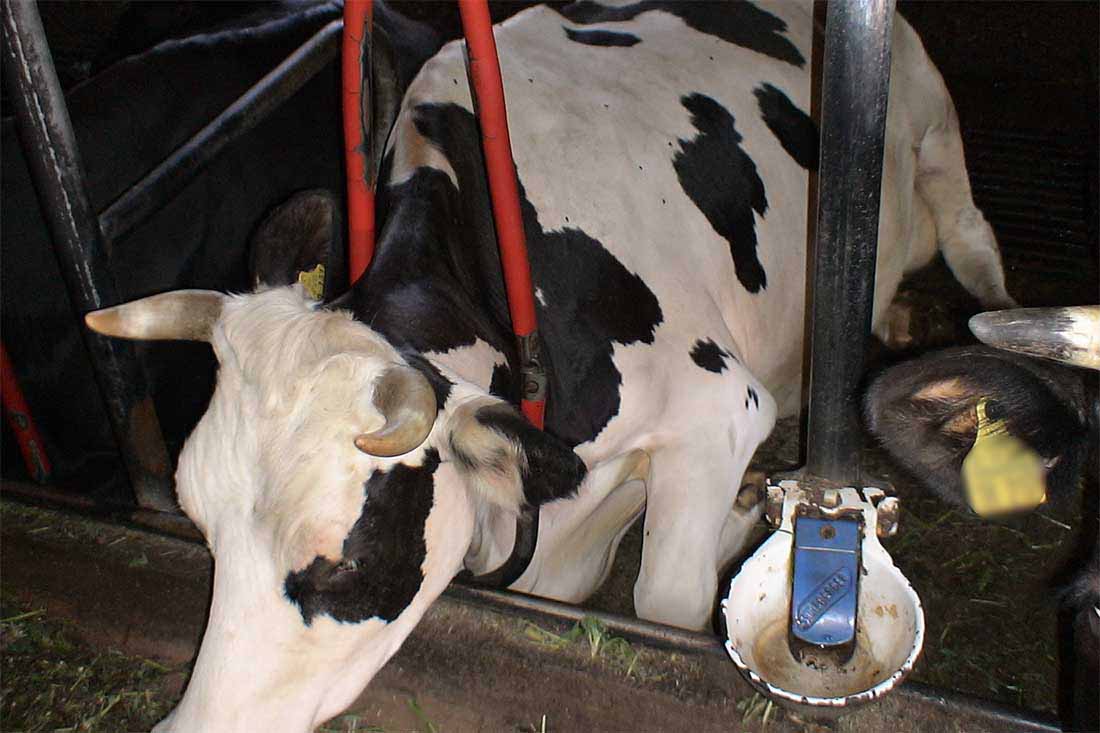 Animals' Angels has been campaigning for ending tie stalls since 2009. With our project 'The Dignity of Cows', we started the long overdue debate on this subject throughout Germany in 2015.

Our persistence stems from the injustice that is done to cattle when they have to live their lives in small, dark stables with a chain around their neck. This contradicts animal welfare as national objective. An abundance of expert opinions and large parts of the German veterinary profession support our concern.

We are convinced that tethering will soon be a thing of the past. Until then, we will stay with the animals.

Five Minutes of a Live in Chains

Every third cow in Germany is kept in a tie stall. The cows spend their lives in the same place, day and night, month after month, year after year. (YouTube)

Milk. Almost everyone drinks it. But where it comes from and what a high price the cows pay during production – hardly anyone talks about it. This has to change.