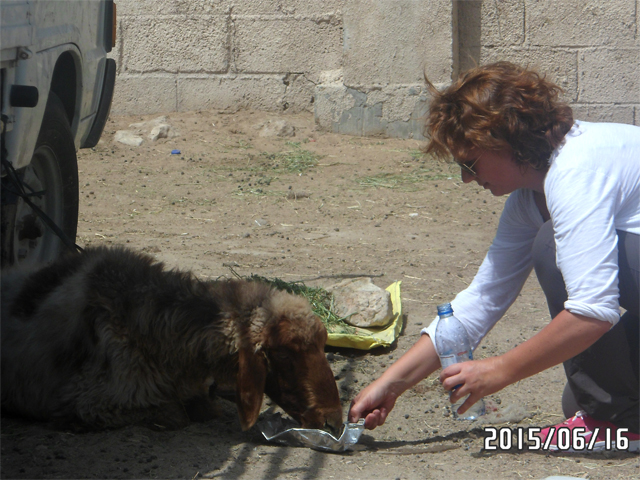 Animals‘ Angels again visits Doha to meet with the local authorities. Following the investigations in 2014, Animals’ Angels sent out to the competent authorities two comprehensive reports on the animal welfare situation in Qatar.

During the meeting, we discuss concrete measures regarding two animal husbandries and the animal market in Doha where constantly more than 100.000 animals are for sale. The Qatari authorities want to assert improvements and are open for cooperation and suggestions. Also, when Animals’ Angels finds sick sheep Aatifa who was literally dumped into the trash by her former owner because she was not fit for slaughter, the Qatari authorities immediately come for her and treat her in a state animal clinic.

With the help of a Qatari lawyer, Animals’ Angels also wants to improve the conditions for 'farm' animals at legal level.