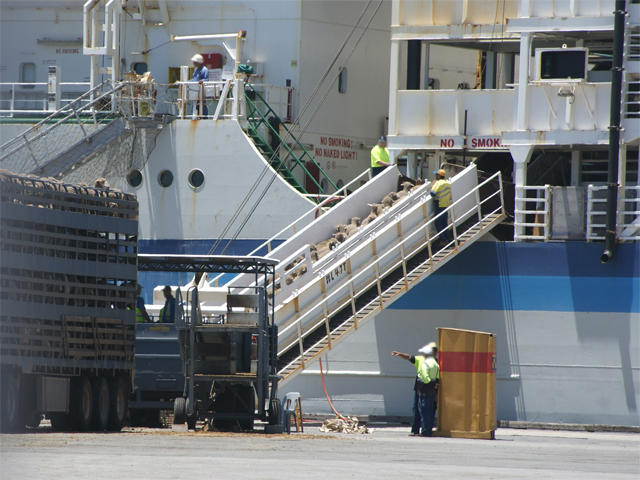 Animals' Angels has been responsible for bringing the most significant legal case in the history of live export from Australia.  The case concerned the alteration of a vet's report by a live exporter so as to reduce the number of mortalities reported, together with other apparent breaches of the law. Because the responsible government department decided to do nothing, Animals' Angels challenged this failure in the Australian Federal Court. We lost at the first level, where the judge also refused to grant us 'standing'.  That means he said we did not qualify as even being able to bring the case in the first place.

Animals' Angels appealed this decision to the Full Court of the Federal Court, consisting of three judges, and they have just given their decision. The Full Court has confirmed the original finding - that the government department is under no obligation to do anything when a live exporter breaks the law - simply because that is the way the law is written.  This is a bad result, and shows clearly that the law must be changed, or that an independent authority should be set up to oversee the trade.

But, most importantly, even though we lost on that point, we won a major victory on the issue of 'standing'. In Australian law it has been notoriously difficult for those who want to challenge questionable government decisions to qualify to bring a case.  But the Full Federal Court said that Animals' Angels, even though it is an international (not Australian) organisation, did have a sufficient interest in the subject matter of live export and animal welfare to earn standing. This is particularly because Animals’ Angels has, through its Australian representative, been active in the area of animal welfare and live export, been recognised by the government Department of Agriculture in this regard, has devoted funds to relevant activities and has appropriate objects and purposes.

The key importance of this decision is that the Animals' Angels strategy of observing and reporting breaches of animal welfare laws to the proper authorities has served to establish that this type of strategy can earn the right to be heard in an Australian court, and to challenge the appropriateness of government decisions.  This is a ground-breaking decision, and sets the stage for other animal welfare organisations to use this change in the law to bring legal challenges to help animals.

While we would have liked a win showing that the department was wrong not to take action against the live exporter, even so we are very pleased and proud that our efforts in this case, based on our work over more than a decade in Australia, have served to change the law in a way which may help those seeking to help animals.