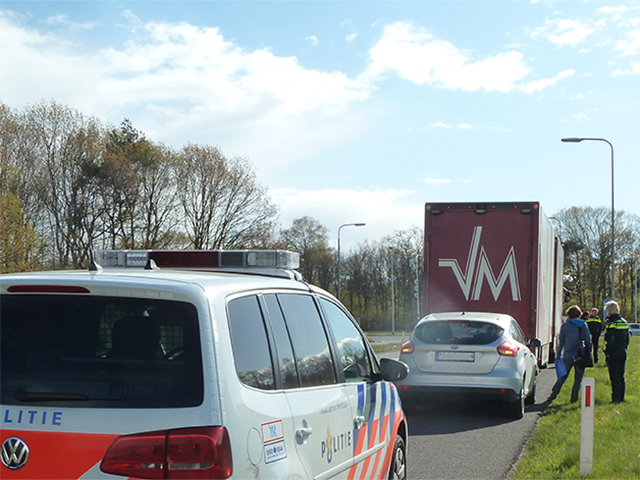 Animals’ Angels is in Luthuania. Every week, unweaned calves are transport from the Baltic states to the Netherlands, Spain and Italy. On Friday, at several collecting points, we document the loading of calves bound for long distance transport. Afterwards, we follow one of those transports to the Netherlands.

On board there are unweaned suckling calves who are just a few weeks old. As it is not possible to provide them with milk replacers during transport, they are hungry throughout the long journey. Additionally, as the transport takes too long, the animals are not unloaded for the mandatory resting period of 24 hours.

After the transport has crossed Poland and Germany, we arrange for a police inspection just behind the Dutch border. The authorities call in an expert of the Dutch transport inspection unit NVWA. While the hungry animals are bleating, the inspection reveals that there are severe discrepancies in the accompanying documents and the drivers’ statements which do greatly differ from our documented observations.  The Dutch authorities acquire all relevant information to which Animals’ Angels contributes its observations and all infringements that have been documented during the trailing.