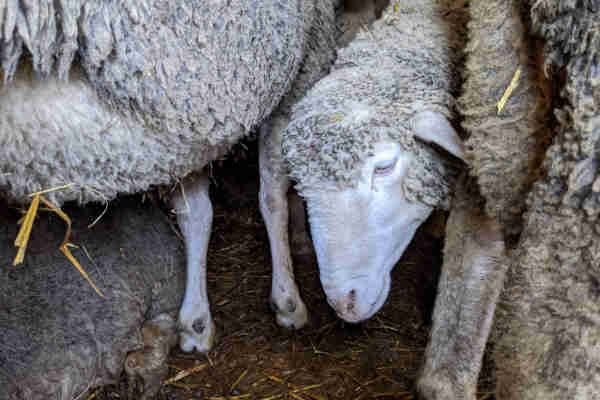 Animals' Angels inspects animal transports at the Turkish-Bulgarian border. Despite the current situation, numerous transports cross the border - in many of them we see the well-known problems:

Among them a truck with 224 sheep from Hungary. The animals stand crowded together on the completely dirty loading area in their own excrement. Some of the animals are lame, have runny noses and breathe heavily. The drinking troughs are partly inaccessible to them and the prescribed partitions are missing on the first loading level.

These problems do not appear to have been recognized either during loading or at border control. The driver reports that he unloaded the animals for 24 hours shortly before the border as prescribed. However, the smell and wet litter indicate that the truck was not cleaned after unloading Jano, Aniko, Akos and the other sheep.