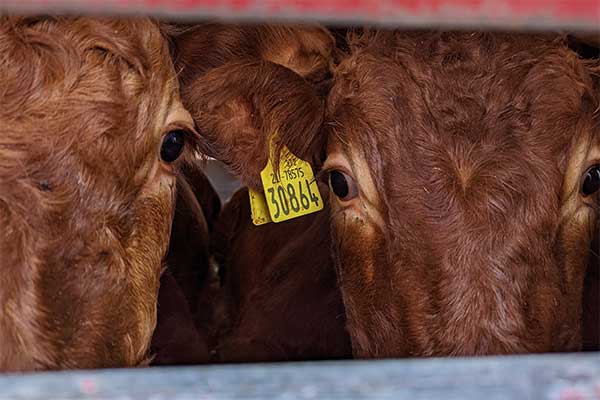 We are in the port of Keratsini in Greece. Here we observe animal transports that are brought to the Greek island of Kos by ferry. An animal transport with bull calves from Ireland catches our attention: The animals have already had a long transport by road as well as a ferry crossing from Italy. Another 14 hours of crossing now lie ahead of them.

Fortunately, most of the crossing takes place at night, when it is already cooler. But until then, the animals have to wait almost an hour on the truck in the port in the burning sun. Then they stand on the upper deck of the ferry for another two and a half hours until it finally departs. In the meantime, temperatures reach 40 °C. James the calf is crowded together with his fellow calves in the truck - there are too many animals on board. This makes it even more difficult for them to regulate their body temperature in the heat.

Although the animals are still young, they have already crossed a large part of Europe - only to be fattened and then slaughtered in a faraway place. Their welfare obviously doesn't seem to matter in the process. Heat, confinement, poor planning and long waiting times - we regularly observe all of this in the long animal transports across the EU. We inform the authorities, write comprehensive complaints and continue to demand a transport time limit of eight hours. It is high time!