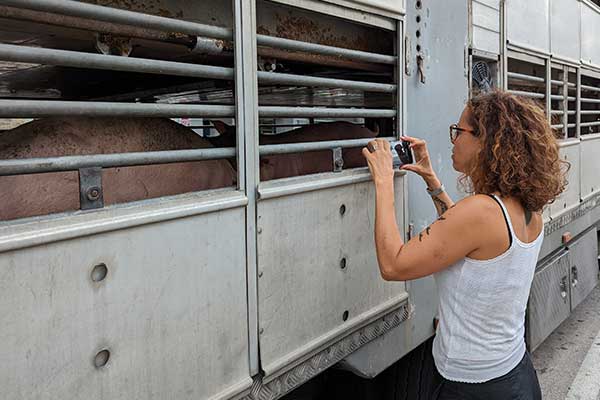 A team of Animals' Angels is on duty for two days for the animals on the transports at the border between Greece and Albania. During this time, six animal transports cross the border - without any animal welfare checks!

For more than two years we have been documenting such violations here and reporting them to the competent authorities of the exporting countries Greece, Romania and Bulgaria as well as to the EU Commission. But it was only after pressure from the EU Parliament that the EU Commission finally conceded that animals from the EU could not be exported across this border - precisely because there are no controls here on the part of the Greek veterinary authorities.

But the exports continue unhindered - as our operations between May and August show. We are again informing the authorities and asking the EU Parliament for a further investigation. The uncontrolled animal transports across the border in Kakavia to Albania must stop!