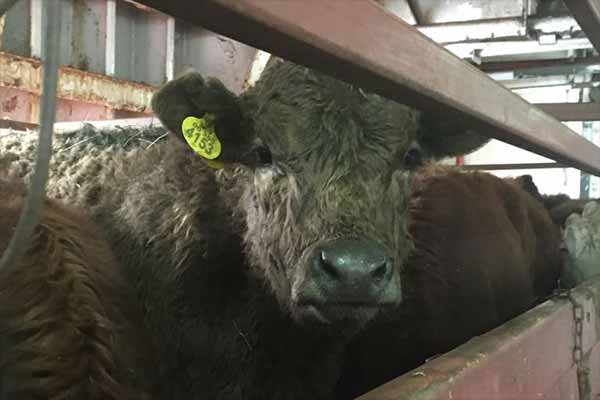 On 3 July a ferry of the company Navimag collides with an island in the south of Chile and runs aground. 244 cattle are on board. They were to be transported on the four-day ferry from Puerto Natales to Puerto Montt. The crew and passengers were brought to safety immediately after the accident, the animals remained on board.

Animals' Angels knows both the route and the ferry company. In two investigations in 2016 and 2018, our Chilean colleague Diamela accompanied cattle and horse transporters on the ships.

When Diamela learns of the current disaster, the salvage attempts are in full swing. The ferry company seeks advice from various animal welfare organisations and veterinarians and tries to ensure the welfare of the animals and organise a speedy rescue. The ferry got stuck at an angle of 15° and the situation on board is disastrous. When the rescue finally succeeds, only 210 of the cattle can be brought ashore alive. 34 died on board, probably as a result of exhaustion and dehydration.

The tragic accident makes headlines in Chile. What many do not know is that every year thousands of cattle are transported on this ferry route and suffer under the conditions on board: In often heavy seas, the animals are crowded into overloaded transporters, without sufficient food and water supplies and in the biting stench of ammonia. Before and after the four-day crossing, the animals spend further hours on the transporters on their way to fattening farms or slaughterhouses.

Chilean legislation does not provide sufficient protection for the animals. Although the ferry company and the authorities promise improvements, they have not yet taken any action. Even if the current ferry accident has disappeared from the media, Animals' Angels will continue to put pressure on those responsible to finally give greater priority to the protection of the animals.