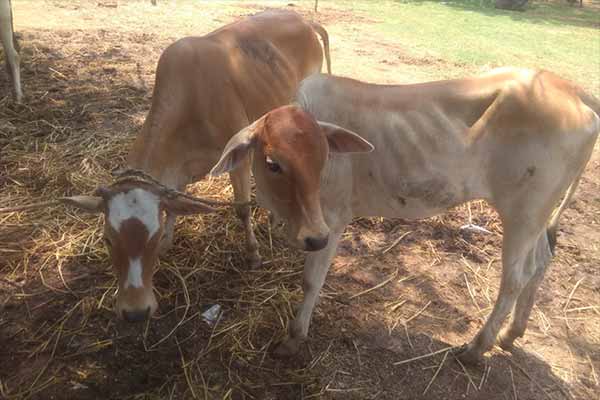 The Jogumpeta Municipality has long promised to set up a suitable infrastructure at the local cattle market. Watering troughs, shade roofs, etc. are planned. At every meeting, the construction is announced as "imminent", but so far nothing has been seen of it.

Today there are few cattle on the market. Although there are big trees at the edge of the premises, the cattle are tied to poles in the middle of the square in the blazing sun. Sridevi and her team go from trader to trader and persuade them to bring the animals into the shade and so they can at least get them some relief.