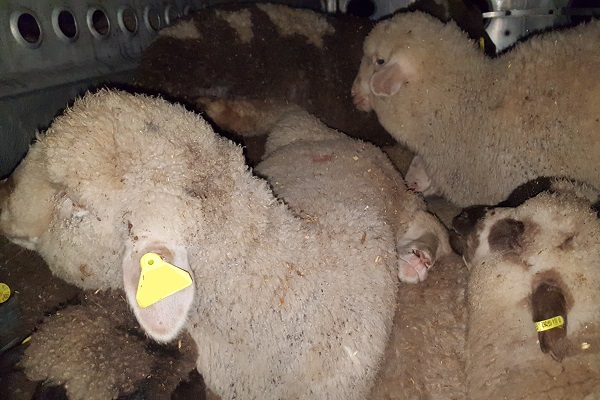 In Romania, in the late evening, we find a truck transporting lambs to Greece. Since the drinking system is broken and the distance to the destination is very long, we follow the transport.

At every stop we look after the lambs: they are obviously exhausted and thirsty, they lick the walls and bleat loudly. After 24 hours without water, let alone food, they are finally unloaded at a slaughterhouse in southern Greece.