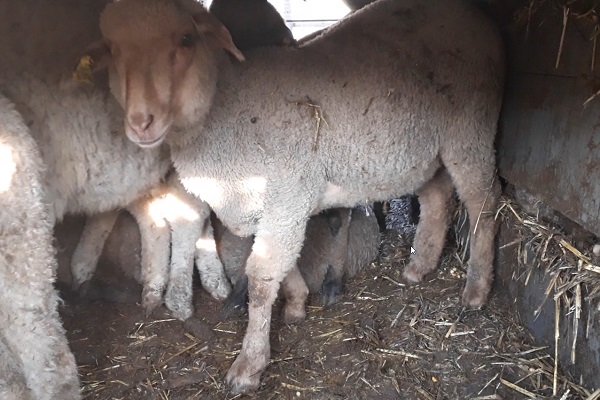 Animals' Angels is again with the lambs on the streets, shortly before Orthodox Easter during which Romania is exporting many lambs to Greece and Bulgaria. Again we see within a few days countless animal children on the transports. And again we see the same problems as last week in Italy – to an even greater extent:

On this route larger lambs are transported, which exacerbates the problem of insufficient ceiling height on four loading levels. In addition, unlike Italy, the police in Romania, Bulgaria and Greece are not responsible for inspecting animal transports. This is the responsibility of the official veterinarians, but they are not on the road like the police. That is why animal transport inspections are less likely here. The transport companies are also aware of this, and thus, too many animals are loaded and the bedding is insufficient, so that the animals have to stand and lie on dirty or wet floor.

The intensified trade with lambs before Orthodox Easter is predictable. That is why we have suggested to the veterinary offices in Romania in advance to carry out focused inspections together with the police (who can stop the transports). However, finding the same problems again as last year is disappointing. We will present our findings to the competent authorities and the EU Commission.