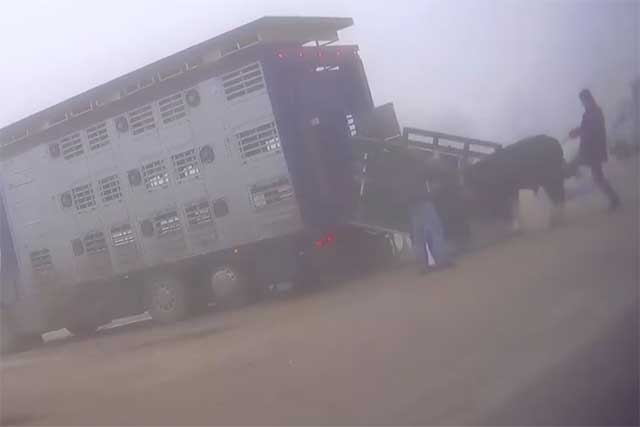 On behalf of Animals' Angels, the team from Viva! Interwencje visits the cattle market in Bodzentyn. The market is less busy than usual, about 200 cows are traded. But the problems are the same as always.

One of the team members discovers how a cow is kicked and beaten during loading and films the situation with a hidden camera. He is then confronted by a member of the city council. However, the team member does not get involved in the conversation.

Minutes later the team leaves the market through the entrance gate. It is attacked by a trader, pushed and again asked to speak about the camera. Insults and the attempt to unbutton the jacket by force follow. All this happens directly in front of another member of the city council who does not intervene.