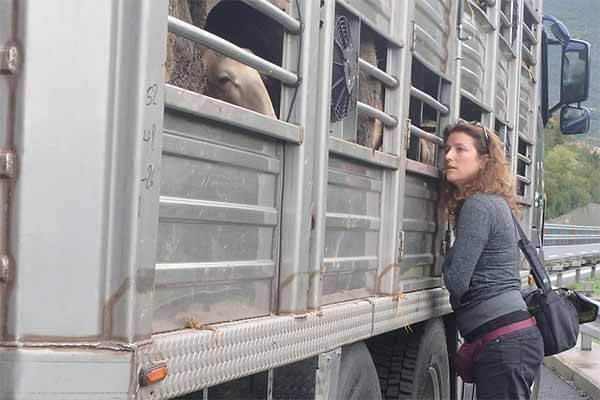 Animals' Angels inspects animal transports on the route between Spain and Italy. We come across a sheep transport from southern France to Greece. After having carefully checked the transport for an hour, we decide not to pursue it any further. Because, by and large, he complies with the law.

Unfortunately, this does not mean that these animals are not suffering. The EU legislation on the protection of animals during transport does not guarantee that they will not suffer from thirst and hunger on such multi-day journeys. Nor does it guarantee that all animals can lie down and rest. All too often the animals are physically totally exhausted due to the permitted transport times. The regulations are merely intended to ensure their survival – this has nothing to do with animal well-being in the literal sense of the word.

Animals' Angels therefore calls for sustainable improvements for the animals on transport, such as a general transport time limit of eight hours.