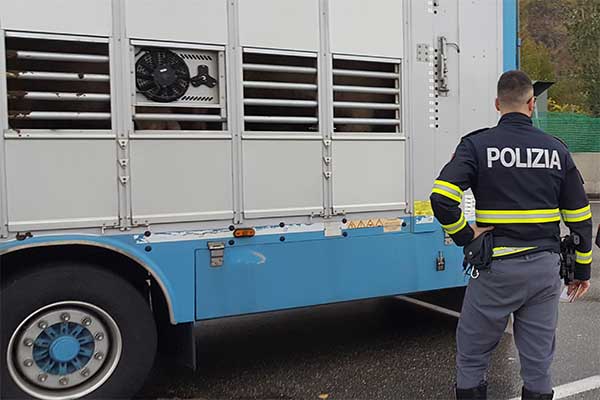 In November 2019, an Animals' Angels team followed an animal transport with young cattle from France to Italy. Just as we were getting our first look at the animals in Italy, a police car happened to stop next to us. We drew the officers' attention to the high loading density – the animals could hardly move in the confinement. However, we were not informed about the outcome of the police check at that time.

Such penalties have a deterrent effect on the transporters. But the veterinarians who authorise such transports are also partly responsible. We therefore informed the competent authority and continue to exert pressure to ensure that at least the minimum legal requirements are complied with.