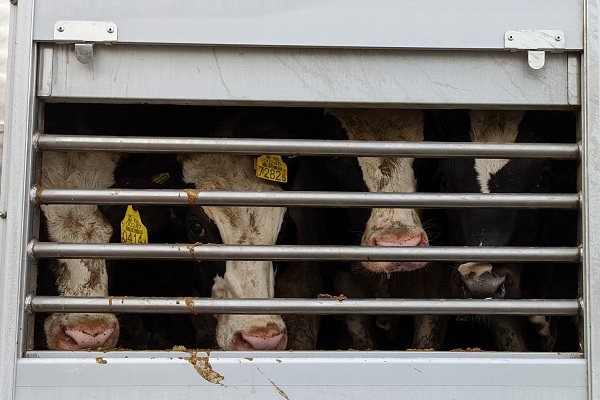 Animals' Angels observes a transport of cattle near the border between Spain and France.

During the first stop of the truck, we can have a quick and closer look at the young bulls. The conditions inside the truck are catastrophic: The animals are dirty and stand in a mud of their own urine and excrement. Later, we learn that the animals originally came from France, Estonia and Lithuania and had been send for fattening to Spain. Today they are transported back again to Poland.

The eyes of the young bulls Edvin, Hendrik, Allan and the others tired. Exhausted animals look at us. We try to speak with the drivers they drivers refuse to talk. To them the conditions inside the vehicle are normal. We alert the police in France. After a couple of calls, the truck is stopped and checked by the Gendarmes who issue a fine of 135 euro against the transporter for the lack of bedding. Even if the fine is very low and not really dissuasive, we welcome the commitment of the French police. Now, we will send complaints with our findings to all parties and authorities involved.